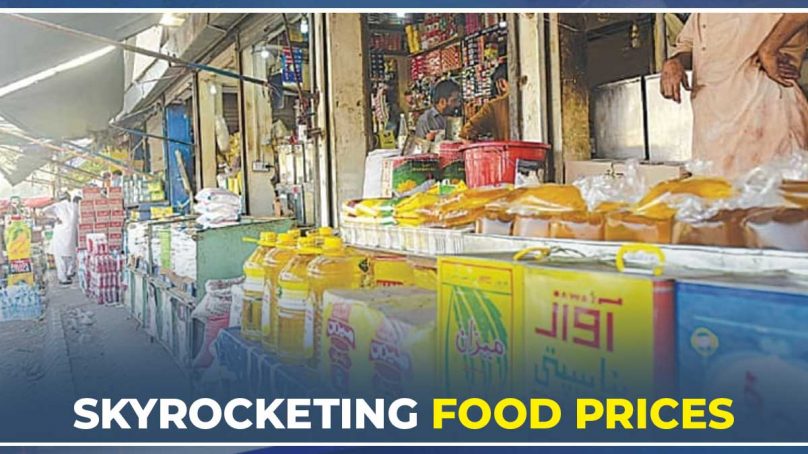 NO SOONER had the citizens come to terms with the dramatic rise in fuel prices the other day, than they faced another massive shock when the government—without any justification—spiked the rates of subsidized ghee and cooking oil prices by Rs208 a kilo and Rs213 a liter to an all-time high of Rs555 and Rs605 — even above market costs.

This decision effectively nullifies the good impact of the government’s relief package for vulnerable groups intended to alleviate the pain of the recently announced increase in fuel prices.

According to the latest CPI inflation figures, which are a measure of what consumers pay for the products and services they consume or use, headline prices rose at the quickest rate in the last 28 months in May.

The index has increased by 13.76% year-over-year, owing to a 17.3% rise in food prices and a 31.8% spike in transportation costs. The 11-month average inflation rate is 11.29%, up from 8.83%in the corresponding period last year. The problem is that CPI numbers don’t come close to capturing the suffering people go through every day when they go grocery shopping, fill up their fuel tank, and pay their power, health, and other bills.

There’s no disputing that the government’s budget needs to be fixed and its fiscal house in order to achieve long-term, sustainable growth. The increase in fuel and power prices, frozen by the PTI government for political reasons, is a requirement for fiscal stabilization to boost inflation expectations and reduce external stability risks.

However, while it makes fiscal adjustments — now or in the next budget — it must not neglect the impact that soaring inflation has had on the vulnerable and low- and middle-income segments of the population in the last three years.

Granted it’s important to raise fuel and electricity prices that will unleash incredible food and transport inflation, making lives of the poor more miserable, but the authorities should also limit their non-essential expenditures to create space for helping the inflation-hit populace. This will also require shifting some of the pain of the imminent fiscal adjustments to the rich. Impoverished Pakistanis have paid a heavy price for the depredations of the country’s elite; it’s time the latter shared the pain of the less privileged.