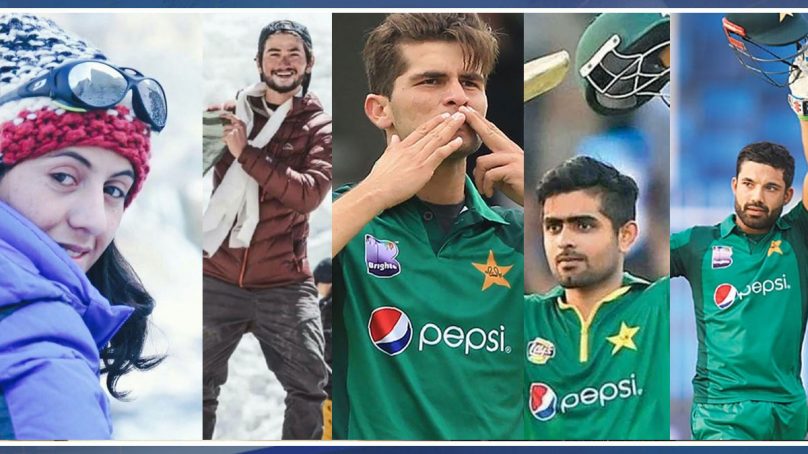 The year 2021 proved to be brilliant for Pakistan in terms of achievements in the field of sports. The biggest victory of the year was India’s worst defeat in the T20 World Cup by ten wickets. The Pakistani cricket team aced every challenge thrown at them this year.

Apart from cricket, Pakistanis also acquired success in Snooker, Squash, Martial arts, Olympics, and Mountaineering and brought glory to the country. Let’s see how many records Pakistani players have recorded in the sports arena this year and where they have raised the flag of success 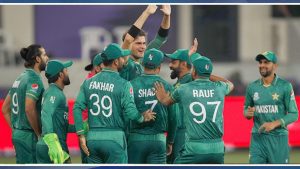 Pakistan won its first match against India in T20 World Cup 2021 by a full 10 wickets and won so neatly that the viewers were surprised and excited. Pakistan had never won a T20 against India by 10 wickets against India and India itself had never lost by 10 wickets. This amazing record was also written for this day. This defeat was probably written by India at the hands of Pakistan and all the previous calculations were completed at once. 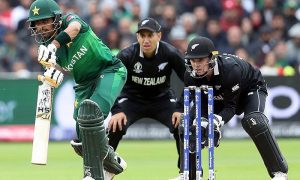 The New Zealand team refused to play the first ODI match in Rawalpindi due to security concerns after which the match was canceled at the 11th hour. Security officials, PCB tried to persuade the New Zealand cricket team for several hours but New Zealand refused and left anyway. 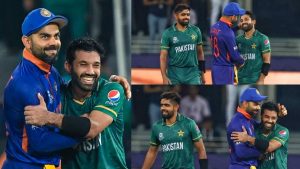 In the last year, Pakistan cricket team wicketkeeper Mohammad Rizwan broke West Indies star batter, Chris Gayle’s record for most T20is in a calendar year. Mohammad Rizwan has scored 1666 runs in 23 World T20Is played in 2021, the highest score in a year. Chris Gayle set a record by scoring 1,165 T20Is in 36 matches of 2015. 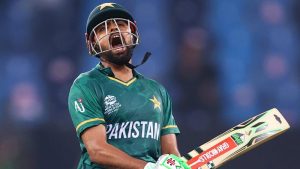 In all three formats, national cricket captain, Babar Azam has become a player to score the highest fifty-plus runs in the year 2021. Captain Babar Azam scored 3 centuries and 13 fifties in international cricket in 2021 while wicketkeeper-batsman Mohammad Rizwan is second with 12 fifties. India’s Rohit Sharma is third, Virat Kohli fourth, and Aiden Markram fifth in the list. 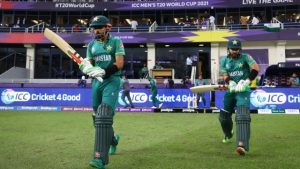 6.    The Fastest Half-Century by Shoaib Malik 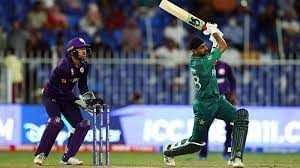 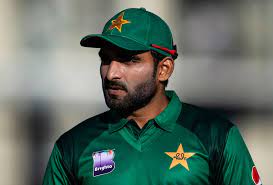 The International Cricket Council presented the ICC Player of the Month award for October to Pakistan’s aggressive batsman Asif Ali.  Asif Ali, who batted on Pakistan’s lower order, was awarded for his brilliant 12-ball 27 against New Zealand and four sixes in the 19th over against Afghanistan, a statement issued by the ICC said. 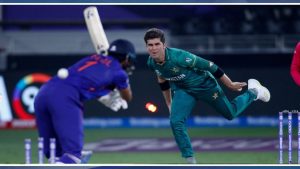 Pakistani fast bowlers have also set a record of taking 100 wickets in a year for the first time in the history of Test cricket. In 2021, Pakistan strike bowler Shaheen Shah Afridi in 8 matches took 42 wickets and Hasan Ali took 39 wickets in 7 matches. Combining the number of Test wickets of the two bowlers, the number comes to 81 wickets while the other 19 wicket takers include Naseem Shah, Tabish Khan, Mohammad Abbas, and Fahim Ashraf. 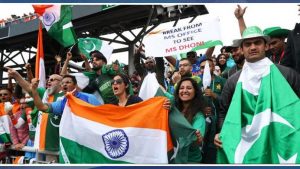 In the T20 World Cup, Pakistan vs India match became the most watched match in terms of viewership in cricket history so far. The match also broke the record for the semi-finals of the 2016 T20 World Cup between the West Indies and India. Although the Indian team dropped early from the tournament, India saw the entire tournament of 112 billion minutes. Facebook had 4.3 billion views during the tournament, which was much higher than the 3.6 billion views of the ICC World Cup 2019 earlier. 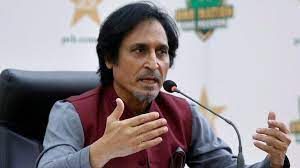 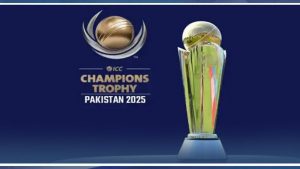 This is the best news for cricket fans that Pakistan will host the ICC Champions Trophy in 2025 and all matches of the event will be taking place in Pakistan. The tournament will be ICC’s major event in Pakistan after 1996.  According to sources, the Champions Trophy matches will be held in Karachi, Lahore, and Rawalpindi, but the final decision to hold the matches will be taken after the evaluation of weather conditions. 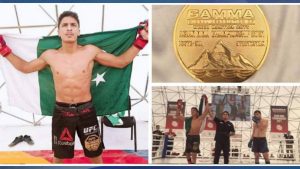 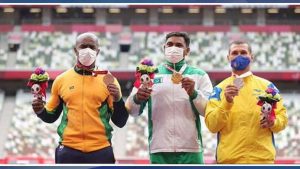 Pakistan’s Haider Ali has proudly made the country proud by winning a gold medal in the Discus Throw at the ongoing mega event in Tokyo. Haider Ali won the gold medal for the fifth time with a throw of 55.26

Ukraine’s Zabanic came second with a 52.43m throw and deserved a silver medal, while Brazil’s Teixeira de Souza won the bronze medal in third place with a 51.86m throw. Haider Ali is the first Pakistani to win a gold medal in the current Paralympics. Earlier, he had won two Paralympics medals for Pakistan. 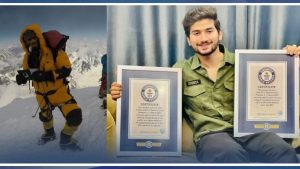 Pakistani mountaineer Shehroze Kashif, at the age of 19, has proved that when man’s determination is high, the mountains can be destroyed by his heroism. Proudly, Shehroze Kashif, the Pakistani mountaineer who scaled the world’s two most dangerous and highest peaks at a young age, has been named in the Guinness Book of World Records and has also received two Guinness World Record certificates. 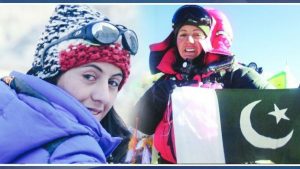 This year, 21-year-old Samina Baig has earned the title of the first Pakistani female mountaineer. Samina Baig along with her brother Mirza Ali, 29, participated in the Mount Everest summit campaign and successfully scaled the 8,848 m high peak. The sibling duo also won the title of being Pakistan’s third and youngest mountaineer in the campaign. Two Pakistanis Nazir Sabir and Hassan Sadpara have earlier scaled the summit.

We pray that the next year also bring a lot of success in the field of sports for Pakistan and our players should bring glory to the country and nation earning successes all over the world.