Home  »  Editors Choice   »   Sri Lanka on the Verge of Collapse 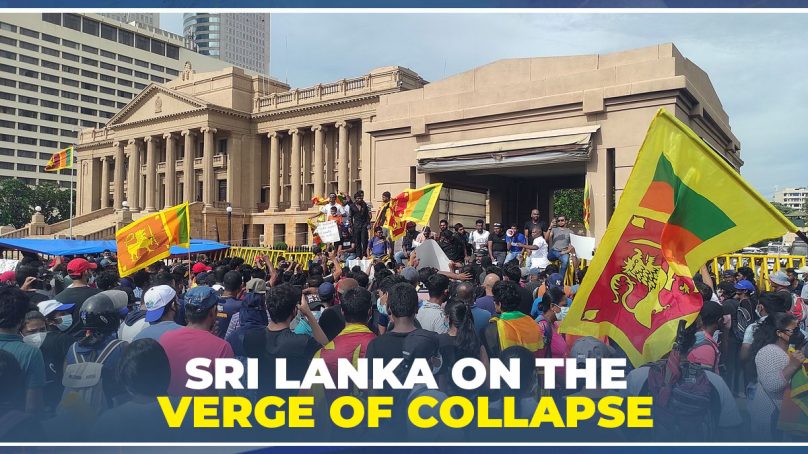 Sri Lanka is faced with the worst economic and political crisis in history, which is deepening with each passing day. The country’s central bank has said it is “impossible” to repay foreign debt, and financial experts suggest the country is bound to default.

With the economic crisis comes popular calls for President Gotabaya Rajapaksa’s government to resign, with demonstrators camped out in Colombo. The tragedy had been building for weeks, with debilitating food and fuel shortages and doctors warning that the country was running out of essential medicines.

Sri Lanka owes foreign creditors just over $35 billion, and its financial troubles have been exacerbated by a drop in tourism traffic caused by Covid restrictions; the island’s economic stability is primarily reliant on foreign tourists. The country’s financial crisis has coincided with a huge political crisis: the whole government has resigned, leaving President Mahinda Rajapaksa and Prime Minister Mahinda Rajapaksa, both brothers, to face the public’s ire.

Many critics believe that the economic crisis was intensified by top-down mismanagement, as many members of the Rajapaksa family held critical government positions. Despite the prime minister’s invitation to hold discussions to address the problem, the opposition is planning a no-confidence vote.

The Sri Lankan government is expected to begin bailout talks with the International Monetary Fund (IMF) soon. The country’s foreign creditors, as well as the multilateral lender, are hoping for a strategy that prioritizes domestic economic stability. For the time being, helping people have access to inexpensive food, fuel, and medications must take primacy, while a longer-term plan to get the country out of debt must be ironed out.

The Sri Lankan crisis should serve as a warning to other countries that economic mismanagement and political cronyism can lead to severe unrest and agitation in society. The only plausible way of avoiding such catastrophes lies in sticking to fiscal probity combined with transparent governance.