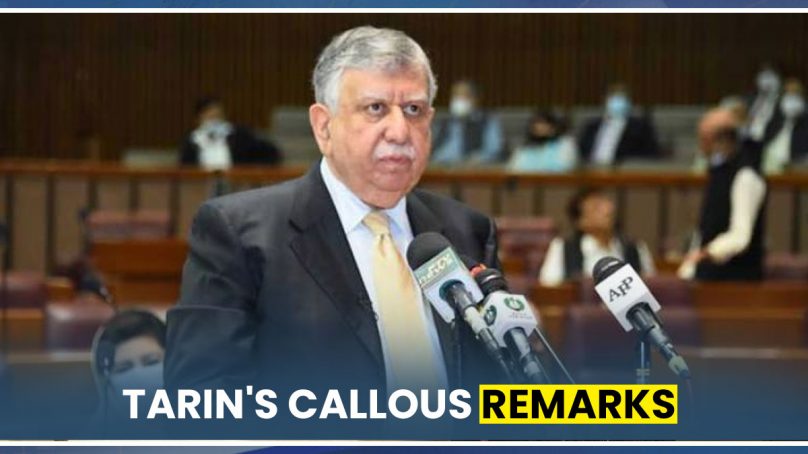 POVERTY is any developing country’s serious issue, and the truly democratic governments do take concrete measures to curb or mitigate this scourge. In Pakistan’s context, perhaps no other issue merits the rulers’ serious attention than poverty.

But it appears finance adviser Shaukat Tarin is oblivious of this fact. And that’s why the blunt way he brushed off the issue of widespread poverty in the country showed that he’s deeply insensitive to a people reeling from the worst economic suffering in history.

The economic adviser, while citing a World Bank report, stated that poverty in Pakistan had seen a drop to 4.2% from 5.4% a year ago. He could have put it another way to underline the gravity of the problem: that 37% of the population, or closely 80m people, still live in poverty as projected by the same report, and that it is the key responsibility of the government to lessen their plight. Granted that restaurants see more footfall in major cities than in the past, as he revealed, but merely the presence of the public at these places is not a barometer to judge that the incidence of poverty has reduced or food insecurity has ceased to exist. It basically highlights the rising income inequality in society, a consequence of government’s skewed policies.

With the country’s economy moving at a snail’s pace over the last fifteen years due to erratic macroeconomic policies, underinvestment in industry and socioeconomic infrastructure, and moribund exports, poverty has, unsurprisingly, only seen an uptick.

Since 2018, a vast majority of Pakistanis have been hit by the macroeconomic crisis and Covid-19. Millions have lost their jobs and others are struggling to deal with their eroding purchasing power amid rapidly increasing prices due to the economic slowdown and the pandemic’s effect that has worsened the challenge of growing poverty.

Against this backdrop, such heartless statements from the adviser aren’t going to ease the people’s misery. Poverty is a grave challenge, and it cannot be contained without first appreciating its scale. The prime minister is right when he says that the performance of his government would be gauged by voters in the next election based on its success in dealing with poverty. That time is approaching swiftly, but the ministers and advisers have no clue about how to confront this challenge.