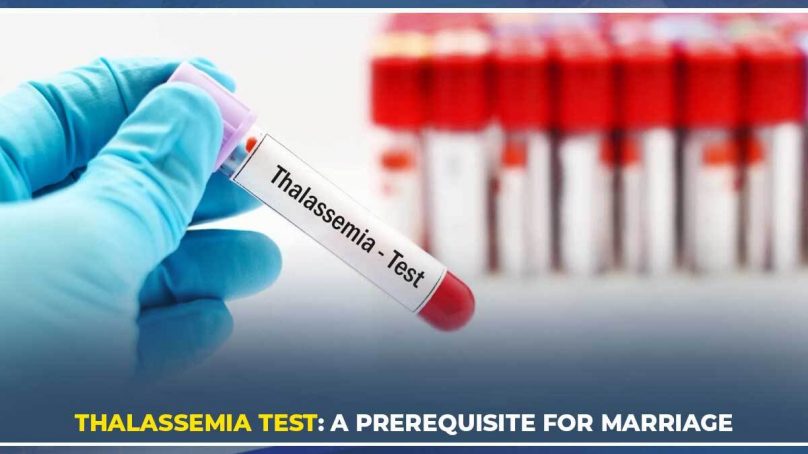 “I will divorce you if you don’t get your abortion. You must make a choice. I don’t want this child.”

This is how the husband of a 34-year-old woman reacted when he came to learn that his wife—who was mother to two thalassemia-stricken children—was expecting again.

I had no idea what advice to give this hapless woman (name withheld) when she explained her issue to me. Words seem scarce for a child whose life depends on receiving a bottle of blood every month, sometimes every two weeks, or even every day, and yet it can’t be said how long she will live.

A woman resident of Turbat (name withheld) texted me and told me that she has only one daughter and when she was six months old, she was diagnosed with thalassemia major.

When the doctor tested the husband and wife, it was found that both of them have thalassemia minor, even though they are not cousins.

She said that their daughter is the first case of thalassemia major in their family that has been diagnosed. But there are some very poor people in her husband’s family who cannot get this test done nor do they know about it.

About her predicament, she said that she had undergone an abortion once because her unborn child had thalassemia major. On the one hand, they are in agony seeing their daughter in pain and, on the other, they feel guilty that they killed their child with their own hands.

A woman (name not being published) resident of Karachi told me that she has undergone abortion as many as three times. Because her unborn child had symptoms of thalassemia major all three times, she tried to become a mother in the hope that a miracle might happen, despite the doctors’ prohibition. She said that her in-laws think that she is evil, and she wants to commit suicide.

Why thalassemia test is important

Dr. Zohaib, an expert in genetic illnesses, explains that when it comes to thalassemia, seven to eight percent of the population in Pakistan has thalassemia minor. This means that seven or eight out of every 100 people have thalassemia minor and are unaware of their condition.

When two thalassemia minors marry, the child they have is more likely to have thalassemia major. A major cause of thalassemia is cousin marriage and intermarriage, but this is not necessary.

How thalassemia can be prevented

Dr. Zohaib said that every person should be tested for thalassemia before marriage. After the thalassemia test, if both the boy and the girl test positive, then efforts should be made to cancel the marriage.

However, if marriage cannot be postponed due to family reasons, including childhood engagement and many other factors, then be careful after marriage.

Whenever such a couple plans a pregnancy, prenatal (CVS) test, which tells the thalassemia status of the child, should be done during ten to fourteen weeks of pregnancy. He also emphasized that every new born child should be screened so that it is known at the same time what treatment the child needs.

Director of Sindh Blood Transfusion Authority Dr. Dure Naz Jamal also said that thalassemia test should be mandatory before marriage, but according to him, if the boy’s test is negative, then there is no need for the girl to be tested.

She further said that those whose marriages cannot be ended now, then it is mandatory for them to be careful not to have children.

However, she admitted that it is not so easy.

She also said that thalassemia is a hereditary disease which is transferred from both mother and father and its responsibility cannot be put on anyone.

Chances of thalassemia in the newborn due to consanguine marriage

What is the number of thalassemia patients in Pakistan?

Director of Sindh Blood Transfusion Authority, Dr. Dure Naz Jamal, said that currently there are twenty-five centers across Sindh that are providing blood to children with thalassemia and their number is more than eight thousand, as per registration.

Alarmingly, 5 to 9 thousand children born in Pakistan suffer from thalassemia.

However, efforts are underway to work for its implementation. She also said that when the thalassemia board is constituted, the test of both boys and girls will be mandatory before marriage.

How dangerous is abortion for the mother?

Speaking in this regard, famous gynecologist Dr. Tasneem Kausar said that planned abortion is not legally and religiously allowed in any case.

Abortion is permitted only if the mother’s life is in danger or if the child has an abnormal genetic development that makes the child’s chances of survival extremely low.

Abortion carries serious risks for the mother especially if it is done by clumsy hands. These include medical complications such as hormonal infections, heavy bleeding, internal organ damage such as a ruptured or perforated uterus. Not only this, but she may also permanently lose her ability to conceive, while the mother’s life can also be lost during the abortion.

However, if the procedure is done by a specialist, the complications are minimal, but even then, the physical effects include severe body spasms, headaches, nausea and vomiting, and significant bleeding.

But after miscarriage, a mother goes through physical pain but it is very difficult to assess her mental pain.

Talking about this, mental health therapist Rabia Khan says that naturally after marriage, a woman has a strong desire to become a mother. So many hopes and so many joys are connected with your coming child.

But if she finds that her future child is not growing or due to similar complications, doctors go for abortion. Or he has never even heard the name of thalassemia and he knows that he is thalassemia minor and therefore the coming child will also suffer from it. So obviously her mental health is affected. She also suffers from severe mental stress

Unfortunately, we do not have any knowledge about what happens to a woman who has had an abortion.

Our social attitudes are not such that we support a woman going through this pain, yet we encourage women to keep quiet and be patient and live in any situation.

She further said in this regard that depression, stress and anxiety are more common in women than men. Hormonal changes are happening especially during pregnancy and many women have depression but they are not aware that they are suffering from this ailment.

In many cases, a woman goes through stress after a miscarriage, which puts a lot of pressure on her. The feeling of losing one’s child is so intense that she’s forced to take her own life.