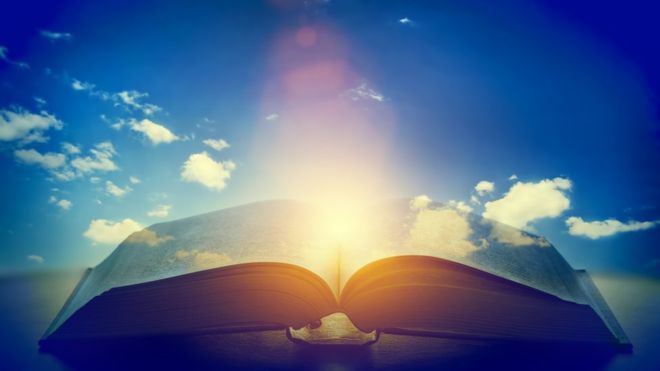 Is science and religion in conflict by nature?

Some of the great names of science have denied the existence of god, but throughout history many others tried to find a way to reconcile science and their faith.

For some of these men and women of science, to investigate the origin of the universe was to approach God’s own work.

Here we review the religious positions of some of the great scientists of history:

1. Galileo and his conflict with the Church

In 1614, the Italian astronomer Galileo Galilei was accused of heresy for supporting Copernicus’ theory that the Sun was at the center of the Solar System. This was revolutionary at a time when it was believed that it was the Earth that was in this central position.

In 1616, the Church forbade him to teach or defend these theories.

Image caption Galileo Galilei was accused of heresy by the Church.

Galileo wrote many thousands of words about theology and biblical interpretation as he sought to make sense of the telescopic observations he was making.

In fact, it was the astronomer himself who said: “I do not feel compelled to believe that the same God who has endowed us with sense, reason and intellect has destined us to renounce its use.”

2. Mitchell’s faith in science and in God

Maria Mitchell was the first American astronomer and the first woman elected to the American Academy of Arts and Sciences in 1848. She served as an astronomy professor and was a women’s rights activist.

Astronomer had a faith full of science . “Scientific research advances and will reveal new ways in which God works and brings us deeper revelations of the unknown,” he wrote.

He believed that the revelations of the bible and the understanding of nature through science are not in conflict. “If they seem to be,” he said, “it is because neither one nor the other is understood.”

3. “Product of human weakness” for Einstein

The thought of the physicist Albert Einstein on religion was greatly influenced by the work of the philosopher Baruch Spinoza.

The god of Spinoza was an amorphous and impersonal god responsible for the order of the universe and the breathtaking beauty of nature. This line of thought resonated deeply with the scientist.

Copyright of the AFP image

Image caption For Einstein, God’s word was nothing more than “the product of human weakness”.

With his famous “Letter of God”, which Einstein sent to the German Jewish philosopher Eric Gutkind, the physicist fused his thoughts about religion, his Jewish identity and his own search for the meaning of life.

In the letter, Einstein refutes Gutkind’s arguments in the book “Choosing Life: The Biblical Call to Rebellion,” in which he presented the Bible as a call to struggle, and Judaism and Israel as incorruptible entities.

“The word God is for me only the expression and the product of human weakness,” wrote the physicist.

Einstein describes the Jewish religion as a “superstitious incarnation” as all religions and the Bible are “a collection of venerable but rather primitive legends.”

“No interpretation, no matter how subtle, will change my point of view about this.”

“And the Jewish people to whom I belong willingly and in whose way of thinking I feel deeply anchored, do not have any kind of dignity for me other than the rest of the peoples, and in my experience, they are not really better than other human groups”, said the scientist.

The letter was sold last year for US $ 2.9 million at an auction held at Christie’s, New York.

Marie Curie was the first person to win the Nobel Prize in two different disciplines.

In 1903 she received the Nobel Prize in Physics with her husband and Henri Becquerel. Eight years later he won a second Nobel Prize, this time in chemistry.

Image caption Marie Curie grew up as a Catholic.

The youngest of five children, Curie-Maria Salomea Skłodowska-was born in Poland in 1867. Her father was an atheist and her mother a Catholic, and she was raised in Catholicism. However, he abandoned religion years later , after the death of his mother, which led to agnosticism.

The renowned scientist once said: “Nothing in life should be feared, it should only be understood, now is the time to understand more, so we can fear less.”

Throughout his life, British scientist Stephen Hawking – who suffered from amyotrophic lateral sclerosis (ALS) and died in 2018 at age 76 – tried to explain the origin of the universe.

As he wrote in his book “The Great Design” in 2010, his work on the theory of the Big Bang and the theory of everything led to a clear and forceful conclusion: “It is not necessary to invoke God to light the fuse and start the Universe”.

Image caption “It is not necessary to invoke God to light the fuse and start the Universe,” Hawking wrote.

But after stating that the Big Bang was the beginning of everything, the next question he faced is: and then what was there before?

“When people ask me if God created the universe, I tell them that the question itself does not make sense, ” Hawking said in a video for cable television channel science channel Discovery Channel.

“Time did not exist before the Big Bang, so there was no time when God could create the universe.”

Adapting this one habit will help you stay young forever