The Ladi Gang: A Symbol of Fear and Ruthlessness
Recent View all
News
Read more

Home  »  Editors Choice   »   The Ladi Gang: A Symbol of Fear and Ruthlessness 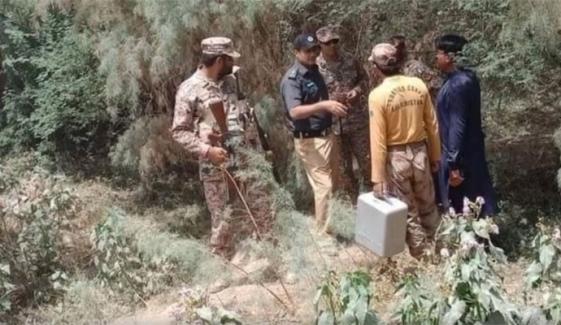 The Ladi Gang: A Symbol of Fear and Ruthlessness

A video on social media shook everyone in which one person is dying in agony.

This horrific video was posted by the most notorious and notorious ‘Ladi Gang’ of Dera Ghazi Khan. According to police sources, the main commander of the gang who had released the video on social media has been killed in an operation.

However, the robberies of this ruthless gang are still a symbol of fear for the locals, while in an audacious move, they are roaming around in broad daylight and the police of Dera Ghazi Khan are helpless in front of them.

When did Ladi gang come into being?

The Ladi gang came into being in 2008 when a man named Muhammad Ladi founded it. It should be noted that Ladi is a branch of the Jayani nation, which is located in the mountain range of the Dera Ghazi Khan Cement Factory. The population of this nation is in the millions.

The same cement factory caused problems in the area.

One of the basic conditions for the establishment of this cement factory was that the factory would provide education to the people of the area.

Arrange a route for the transportation of people in the area.

It will provide clean drinking water in the area.

It will provide jobs and electricity to the people of the area.

However, unfortunately the chieftaincy system is prevalent in this area. And the contracts of the factory are with the chiefs, due to which even if the factory gives something, it falls prey to the greed of the chiefs.

The real quarrel started when Muhammad Ladi, the founder of Ladi gang, demanded the chiefs give jobs to the people of the area in the factory.

When the Ladi gang was harmed by the informants, gang announced that they would later severely punish the informants and fraudsters.

According to reports, the person whose limbs had been amputated had been in the Ladi gang but had given up the crime. The other two were abducted and taken to their hideout where a video of the brutal killing of Ramzan has surfaced while Khadim is still missing. The three were Ramzan, Khairo and Khadim.

The Ladi gang uploaded this horrible video on the media and warned all the informants that the informant even if he is our brother would not be forgiven.

An operation led by the police and law enforcement agencies has started against the gang. A key commander has also been killed but this operation will not be so easy, because it is a hilly area and mobile signals do not work there which makes it difficult to trace the culprits.

There are also safe havens and shelters for the Ladi gang

And the most worrying thing is the trend of arms is increasing among the youth here, even among the young children.

There are 15-year-olds in the area who have not yet had ID cards but have started living armed.

Dera Ghazi Khan is the ancestral home of the Punjab Chief Minister. The government needs to pay special attention to this area. People in the area still go miles away to fetch water on donkeys while health facilities are almost non-existent in this backwater.

Education needs to be made prevalent so that the youth here love pen and book, improve their intellectual capacity and learn to believe and trust the law instead of weapons culture.

Justice should be provided to the people here so that they turn to the law instead of taking their own revenge.