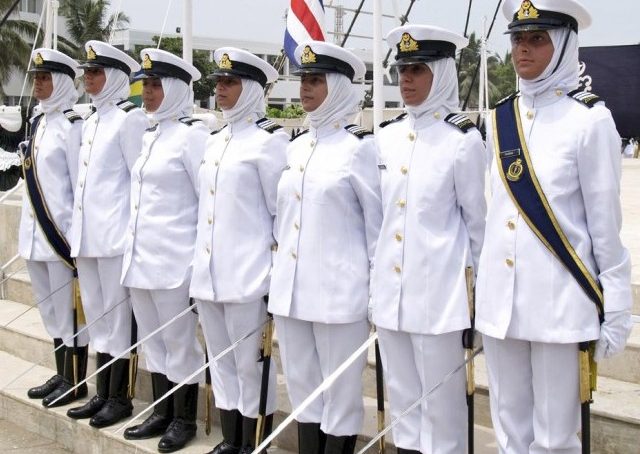 The Modern Era of Naval Strengths

For thousands of years, Navies of the world duked it out for supremacy. Over the millennia, the importance of a strong Navy has grown. From the ancient Egyptian Battle of Deltato the now-infamous World War II; massive battles using aircraft carriers, submarines and more brought about the modern era of naval warfare. Ever since then, the aircraft carrier is considered a pinnacle of powerful navies.

However, that is slowly starting to change. With larger, faster and more powerful weapons, these large ships are becoming vulnerable. New weaponry in the world of Navy has given way to more efficient and effective methods of defense. The importance of Navy, hence, cannot be understated. When Pakistan got independence, the Naval Force was divided between India and Pakistan. While India got lion’s share of assets, Pakistan got nothing but scrap

. At the time of independence, Pakistan was given 4 frigates, 4 fleet minesweepers, 8 motor minesweepers and harbor defense launches. From a very modest beginning in the early years, today Pakistan Navy has steadily grown into a potent and efficient naval force. Be it the 1965 war or the Operation ‘Somnath’, Pakistan Navy has been achieving success in defending the coast of our country.

After WW2, the first major strike by submarine in 1971 was launched by Pakistan Navy when it sunk an Indian Frigate KHUKRI. Needless to say, Pakistan Navy has become a powerful and an important part of our defense system.

Navy is among the three classes of a country’s defense, arguably the most important being a skill-intensive force. Navigating and protecting coasts of a country that has been embroiled in many geo-strategic proxies and wars is a challenge. With its exceptional manpower and planning, the Pakistan Navy has been safeguarding the coast steadfastly. The armed forces may capture the spotlight when it comes to national security against external and internal threats, Pakistan Navy works behind the scenes in discretion as it stands guard at thousand-kilometer long coastline of the country.

According to the official website, the mission of Pakistan Navy is “to protect maritime interests of Pakistan, deter aggression at and from sea, provide disaster relief, participate in development of coastal communities and contribute to international efforts in maintaining good order at sea.” As Pakistan approaches its 74th Independence Day, this mission to protect the national seas holds even more importance.

The developing relationship between China and Pakistan, embodied by the agreement on China-Pakistan Economic Corridor (CPEC) in 2016, has ameliorated and strengthened Pakistan Navy to a greater extent. Pakistan and China both continue to engage in naval exercises and cooperation in the Arabian Sea thanks to the development of Gwadar under CPEC. The growth in naval strength of Pakistan Navy taking active part in global maritime initiatives, ramping up efforts to preserve Freedom of Seas is highly appreciable.

This is evident that Pakistan Navy and the Pakistan Maritime Security Agency (PMSA) has confiscated an estimated two tons of cannabis, 9000 kilograms of hashish and a hundred kilograms of crystal meth during their anti-trafficking operations.

Keeping this in mind, one might ask: why Pakistan should focus on sea defence considering that the major threat comes from the LoC on land? The answer lies in the fact that Pakistan Navy has played crucial roles in the preceding wars with India unbeknownst to the general populace during 1965 war, the Navy conducted the “Operation Dwarka” by launching a devastating attack on the India state of Dwarka where the enemy’s radar facilities were annihilated with the help of submarines.

Hence, the critical role played by the Navy during war time cannot be overstated as the battle on the seas can make the difference between victory and defeat.

The term national security is evolving to incorporate the dynamics of the seas in addition to other security aspects. As we celebrating another Independence Day at the beginning of a new decade, it is important that Pakistan ascribes a considerable share of importance to the contribution of Pakistan Navy as it does to the other aspects of military.

This is even more important going forward as Pakistan looks to kick-start its journey towards becoming an economic hub in the likes of China, Europe and the Middle East courtesy of the CPEC and its associated benefits. In this context, Commander Azam Khan, the drafter of the national Maritime Doctrine, has aptly remarked, “the flash points are shifting to the sea.” It is hoped that this advice is taken note of by the national policymakers.