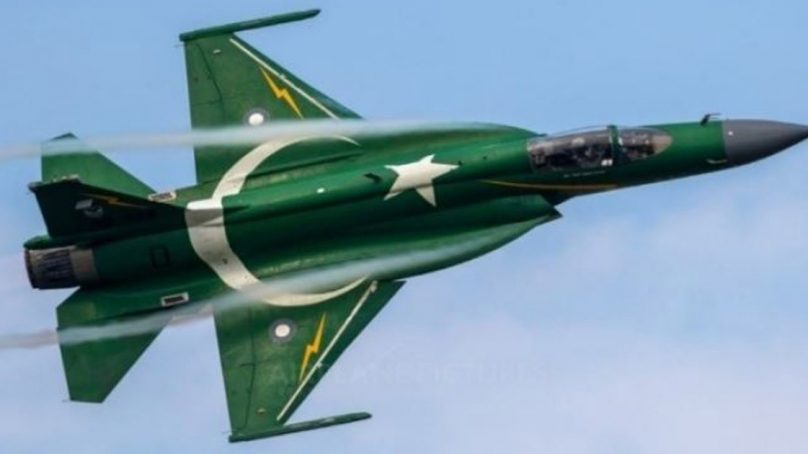 A flight that takes your breath away, a flight that catches your fancy. Let the heartbeat take a skip, and be prepared to be overawed by the roar of a plane that blows the enemy’s mind. The lightning speed that will leave you stunned!  And why not this fascination? Why not this awe? For after all, this is not an ordinary plane, but our pride is the flight of our pride, JF-17 Thunder.

A flying picture of a plane has been circulating on social media these days, creating a sensation everywhere. After all, what is so special about this picture? So let us tell you that this flight is a JF-17 Thunder Block 3 prototype, serial number “13000”.

Now let’s move on to the picture that has caused a stir on all sides. JF-17 Thunder has written the number on this picture of Block III. The wings have been shown solely to give a sense of proportion. The PL10 is beyond the visual range, which is what China uses for its state-of-the-art J-20 stealth fighter jets.

According to observers, the JF-17 Thunder, equipped with the PL-10 fighter missile, is possibly an export variation of the PL10E, which made its debut at the 2018 Chinese Air Show. The PL-10E is the best fourth-generation air combat missile. It is the world’s most advanced missile equivalent to US’AIM-9X PL-10.  Thanks to the modern design and state-of-the-art technology, no aircraft can escape the PL-10’s wrath.

With PL-10, the JF-17 Thunder will have an aerial superiority over all its contemporaries. The fighting machine  is not only equipped with PL-10 missiles but also has the world’s most advanced radar-like KLJ-7A.  In this prototype, cutting-edge avionics will be applied while its engine will also be high performance. On the other hand, the JF-17 Block III is laden with an infrared missile warning system which is used by fighter jets like J10-C and J-20.

We can proudly say that JF-17 Block III will be one of the most powerful light fighter aircraft in the world.