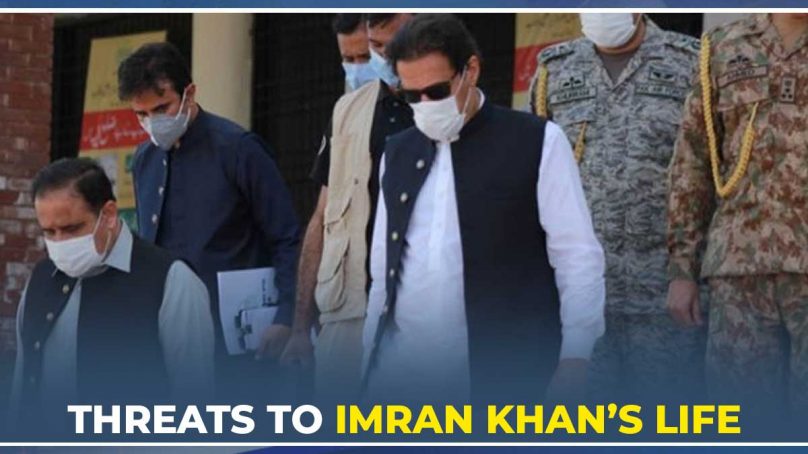 Imran Khan has a knack for being in the news. After accusing the local and global players of hatching a plot to oust him from power, the former prime minister now insists his life is under threat, and he could be eliminated from the scene.

Anyone at odds with Mr Khan’s divisive narrative and convoluted political ideology may find this proclamation as yet another political gimmickry, but the government would do well to take the assassination threats seriously. Mr Khan has of late reiterated fears for life publicly, sparking a stir among his followers. He has also told supporters that he has even recorded a video naming those who should be held to account if he does get assassinated.

The video is allegedly in the custody of unidentified persons and will only be made public in the event of the former premier’s death. Mr Khan commands significant respect and a plethora of admirers and supporters. Therefore, his endless talk of heart attack-inducing poisons, clandestine videos and foreign conspirators has triggered a frisson of anxiety and apprehension for his well-being.

The former prime minister and his entourage appear convinced about the credibility of the treats to his life. Therefore, instead of airing his apprehensions in rallies, he ought to formally communicate the precise nature of these threats and any supporting evidence in writing to the government, allowing it to take concrete measures to preempt any such misadventure.

Admirably, both the prime minister and interior minister have acted responsibly and proactively by offering the government’s support for an investigation into the stated threats received by Mr Khan, while providing additional personnel and vehicles to protect his residence and movements. The government has stated that it will not oppose to the creation of a judicial commission to probe the threats to the former premier’s life.

The threats to Imran Khan’s life must be immediately evaluated and the findings communicated to both Mr Khan and his followers, ensuring their concerns are eliminated.