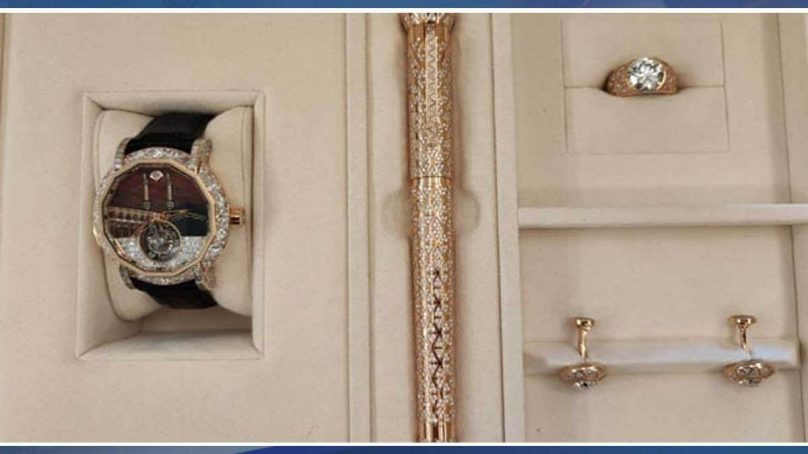 The infamous Toshakhana controversy has taken a new turn thanks to the claims made by a Dubai-based Pakistani businessman that he is the one who paid $2 million in cash to buy a very costly wristwatch and other items that were gifted to former prime minister Imran Khan by the Saudi crown prince in 2018.

During an appearance on Shahzeb Khanzada’s talk show on Geo News, Umar Farooq Zahoor claimed that Farah Gogi, a close friend of Mr. Khan’s wife, sold him the watch and other items that were actually valued at $12 million and gifts from Prince Mohammad bin Salman. He also said that Shahzad Akbar, the former accountability czar who is now living in self-exile, allegedly put him in touch with Gogi.

Mr Farooq’s claims are not likely to impinge on the case against the PTI chairman who is already disqualified by the ECP in the Toshakhana reference for making a “false statement” and an “incorrect declaration”. While Mr Khan has already challenged the verdict in the Islamabad High Court, there’s no doubt that the PTI chief had gone by the book while receiving these gifts. However, it may cost him politically as it isn’t good for optics.

Predictably, Mr. Khan and his party have refuted the allegations, claiming that neither Farah Gogi nor anyone else was involved in selling the watch or the other gifts to Mr. Zahoor. They also declared they would file a lawsuit against Mr. Zahoor in Dubai as well as the channel and its anchorperson in London for airing the interview. While they have every right to do that, Mr. Khan needs to be upright about how and to whom the gifts were sold, how the money was transferred, and provide a paper trail of the transaction. This is what they are precisely asking of Mr. Zahoor: to back up his claims with solid proof.

In addition, the government should look into the apprehensions raised by the PTI regarding Mr. Zahoor’s dubious credentials and provide evidence to support its claims that the gifts were undervalued when sold to the former premier. It should also explain how his name was taken off the no-fly list and allowed to leave the country a month ago, as suggested by the PTI.

The Dubai-based businessman should also be asked for the transaction receipts to support his assertions. It’s important for all parties to respond effectively to the deepening controversy, which has become a source of embarrassment for Pakistan in international circles.