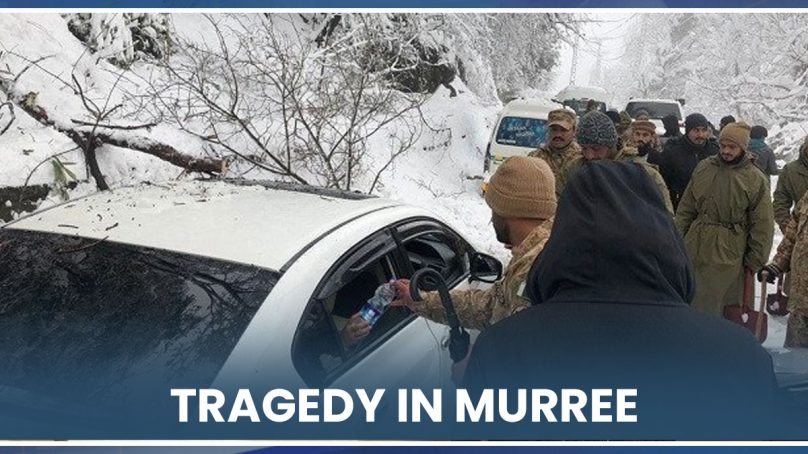 It was a tragedy of unimaginable proportions. And an indictment of the administration’s blithe disregard for the sanctity of human life. The nature-lovers who ventured northbound to see the snowfall of Murree with their families froze to death having stranded in their cars all night. So, a journey that was to be a memorable one turned out to be an icy deathtrap for the 23 or so people—including innocent children. Rescue efforts are underway and Murree has finally seen the sun after the seven nightmarish days of intermittent but heavy snowfall.

While the tragedy could have been avoided had the Murree administration issued timely warning to tourists, part of the responsibility also lies with the tourists themselves who chose to visit the risky hill station despite the weather alert. Heavy rainfall has lashed Islamabad and Rawalpindi for nearly all the past week, while Murree and nearby hill stations have also received extraordinary snowfall. Those who visited the hill station should have been aware of the precarious weather conditions and erred on the side of caution.

However, the buck essentially lies with the authorities. Despite the enormous influx of tourists, which is primarily due to the government’s failure to regulate the numbers, why did the authorities wait a week for the situation to spiral out of control? Why were so many vehicles allowed to proceed further when hill stations had limited capacity, with Murree being able to accept 4,000 automobiles at a time? Furthermore, in view of the bleak weather forecast, the authorities should have issued public travel alerts, advising families to postpone weekend trips to the hill station.

Worse, media reports showed that in spite of the tragedy that befell Murree, a never-ending queue of vehicles could be seen at the entry points of the hill station, with the families requesting or arguing with the authorities to let them in. It was only after the Rangers and other law enforcement authorities set up pickets at the entry points that the prospective tourists relented and chose to return to their neighborhoods.  According to news sources citing traffic officials, more than 155,000 vehicles entered Murree in the previous week, with 135,000 returning safely and the rest becoming trapped.

To avoid more catastrophes like these, the inflow of tourists to hill stations must be regulated in light of current facilities.