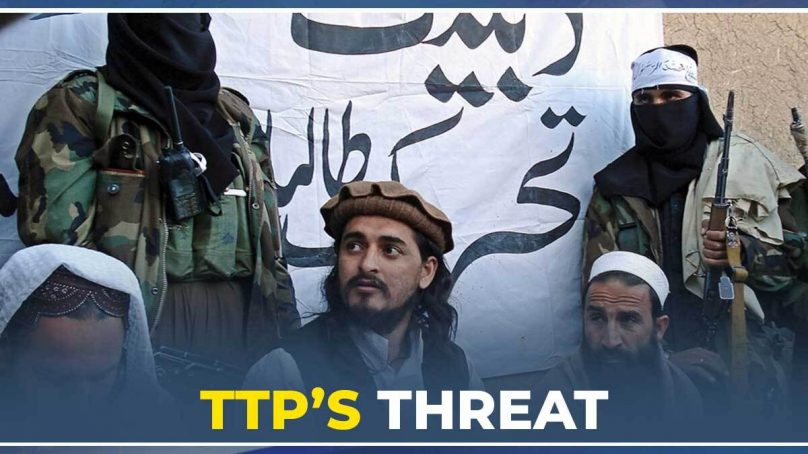 Once again, the threat of bloodshed looms large in the country. And the clarity about the resurgence of terrorism comes from the most potent enemy facing Pakistan: the banned TTP. In what is being deemed as an alarming statement on Monday, the proscribed militant group announced, with its signature audacity, that it would carry out terrorist attacks across the length and breadth of the country. The threat clearly signaled the TTP’s intent to end its shaky ceasefire with the state, which ought to be cause for serious concern for Pakistan.

The banned outfit attributed this development to the security forces’ consistent operations against terrorists in some areas of KP and urged TTP fighters to exact revenge. There is hardly a more chilling message for a country that has endured years of wanton carnage orchestrated by religious fanatics who did not even spare women and children and left parks, markets, schools, mosques, churches, etc. stained in blood.

Given this context, the importance of Minister of State for Foreign Affairs Hina Rabbani Khar’s visit to Afghanistan yesterday, where the TTP have found refuge, has increased.

But during the past few months, the state has been feeding edgy citizens spin rather than the truth. And as of September, the possibility of a resurgence of militancy was being dismissed by the authorities as an “exaggeration”.

Such assertions ran counter to signals that the extremists were regaining ground in Swat and the tribal areas, including isolated attacks, extortion demands, and kidnappings. Residents of these places, who have suffered the most from the militants’ atrocities, were incensed by the state’s evasion and vented their rage in a number of large protests demanding action against them. It is now necessary to take such measures, possibly even another kinetic operation.

However, much more work needs to be done, and some unpleasant truths need to be faced. It is clear that the strategy used to thwart an existential threat to the nation has fallen through and must be reexamined.

The state has really squandered valuable time by failing to build on its military victory in driving TTP from its strongholds in the north.

For starters, it has been more than four years since Fata and KP merged, but due to a lack of funds from the federal government, expectations of a turnaround in its appallingly mistreated position have not been met.

Second, instead of cooperating with a nonviolent civil movement that may serve as a bulwark against militancy, the state has depicted it as being against Pakistan’s national interests. This approach needs to change.

Third, an objective approach to dealing with violent extremists is required rather than one that swings between force and pacification. Negotiations are a way for organizations like the TTP to buy time and space for regrouping.

But most importantly, the state needs to appreciate that matters have come to such a pass due to decades of faulty, security-driven policies, chiefly the notion of the so-called ‘strategic depth’, raising the specter of a fresh wave of bloodshed in the country.