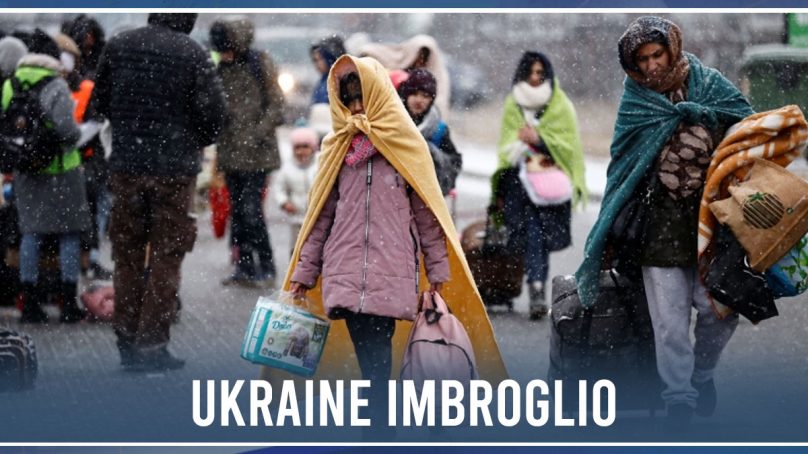 As the Ukraine crisis goes on with no clear solution in sight, members of the global community, including Pakistan, is faced with the gargantuan challenge of how to respond to the situation.

Members of the Western bloc have formulated plans to isolate Russia from the global system in response to the Russian invasion, while other countries are being more cautious. Given the situation, Pakistan must evaluate its relations with the United States and the European Union without jeopardizing relations with Russia.

Regardless of whether Pakistan joins any blocs, it is apparent that it has an obligation to condemn the invasion of a sovereign country and demand for a ceasefire.

As things stand, Pakistan has decided not to attend the United Nations General Assembly’s extraordinary session on the Ukraine crisis. Even China and India, which had voted no in a previous UNSC resolution to sanction Russia, took part in the UNGA debate.

Prime Minister Imran Khan recognized the Ukraine crisis in his Monday night address to the nation. He stated that Pakistan expected to acquire Russian wheat and gas, meaning that Pakistan should avoid offending Moscow.

True, maintaining and balancing political, strategic, and economic relations with global players is a vital feature of any country’s foreign policy, but it’s unfair to overlook moral imperatives. Despite Nato’s browbeating in this case, Russia’s arguments for its attack of Ukraine do not hold up to scrutiny, and the abuse of Ukraine’s sovereignty cannot be forgiven.

Pakistan ought to state this unequivocally, while continuing to advocate for a halt to hostilities and a peaceful solution to the issue. The pressure in the coming days is set to increase, particularly if the crisis drags on.

Given the unprecedented swiftness in geopolitical changes, Pakistan will have to carefully and smartly manage the precarious situation by opposing the aggression while refusing to get sucked into bloc politics.

A Good Omen for Cricket