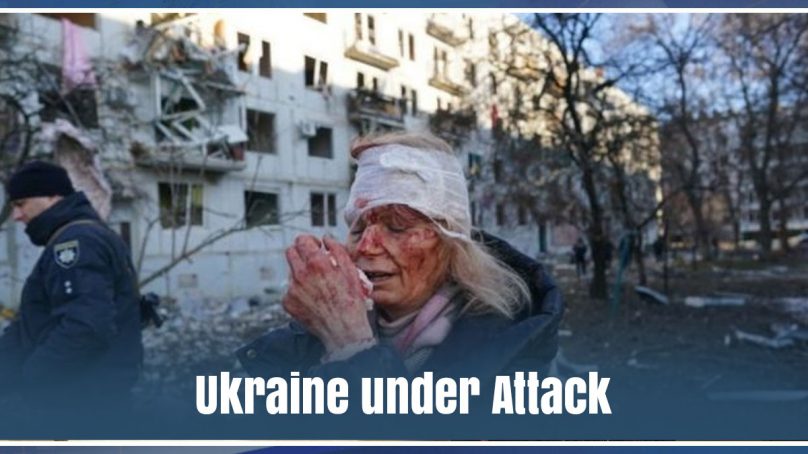 IT was a forgone conclusion. Ukraine is at war with none other than Russia, an erstwhile superpower, and if the world community doesn’t deescalate tensions between the two countries, the situation has the potential to snowball into a serious crisis that could spell doom in Europe.

The history of the hostilities is intricate, as Cold War-era phantoms have reemerged in a new conflict pitting the West against Russia. Simply put, Russia has been critical of expanding Western overtures to Ukraine, despite the fact that both Moscow and Kyiv were once part of the Soviet Union, and has warned that any attempt to integrate Ukraine in Nato will be retaliated.

Nevertheless, the Ukrainian government and its Western supporters had vowed to advance their relationship. But many are wondering what triggered the current situation? It’s Russia’s interference on behalf of autonomous pro-Moscow elements in Ukraine’s eastern Donbas region, whom Russian president Putin asserts have been subject to genocide at the hands of the Kyiv regime.

As regards Pakistan’s position in this conflict, Imran Khan is the first world leader to meet Mr Putin in the wake of the attack. True, the prime minister is being criticized for the timing of the visit, Mr Khan has nonetheless expressed his apprehension over the conflict. Pakistan would do well to be neutral and avoid taking partisan positions.

Meanwhile, Mr Putin’s rhetoric around the conflict is threatening: he has stated that any attempt to destabilize Russia will be promptly retaliated, while US Vice President Joe Biden has pledged to “hold Russia accountable.” Comparisons are also being drawn to World War II, during which the Russian people suffered greatly. As a result, the outlook is bleak, and the likelihood of a broader confrontation is high.

Indeed, both Ukraine and Russia are equally culpable for the situation at hand. Russia did wrong by launching the attack on a sovereign country, while Ukraine also lacked maturity and engaged in browbeating where diplomatic farsightedness was needed. Russia should reconcile with the fact it’s no longer a superpower and its former elements are free to chart their own paths, without the need for Moscow’s consent.

Nato must do away with its Cold War attitude and dispel the notion that it is attempting to encircle Russia from all sides. Hostilities must be put to an immediate halt, and a ceasefire must be implemented. Russia should withdraw its forces, and the West should back de-escalation efforts. A global battle with nuclear-armed enemies eager to flex their muscles in public view cannot be ruled out unless a better route is followed. To avoid a deadly conflagration, the UN and non-aligned states must act swiftly.