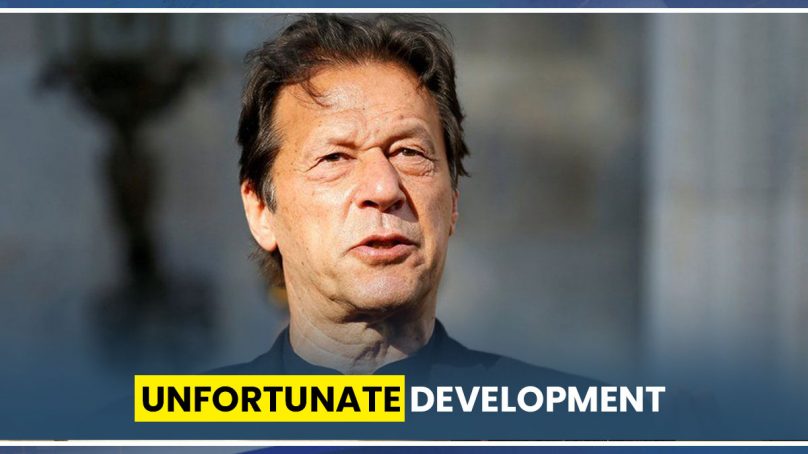 Pakistan’s decline in the perceptions of corruption rankings is regrettable. The country was ranked 140th out of 180 countries in the Transparency International report for 2021, down 16 places from its previous ranking.

The report lays bare the false accountability mantra that the chief executive of the ruling government—the prime minister—has been harping long before he came to power, and who’s blatantly refused to meet senior opposition leaders on the mere pretext that they all are corrupt.

Successive governments have often expressed their misgivings about the reliability of TI’s results and the conclusions that can be drawn from them. Nevertheless, while in opposition, PM Khan would cite the CPI as a touchstone and use it as a stick with which to beat the party in power. Now that Pakistan has performed dismally on the index since 2013, for the ruling government to find fault with the practice is quite demanding.

However, its spin doctors are pushing back despite furor from the opposition parties. Information Minister Fawad Chaudhry attributed the dip in Pakistan’s CPI ranking to weedy rule of law and ‘state’ capture rather than financial misconduct. It is a thin, irrational argument that does not in any way absolve the PTI government.

Nevertheless, NAB, the chief anti-corruption body, has by now been completely discredited, with several rulings of the Supreme Court questioning its workings and deprecating the obvious political witch-hunt in which it has been engaged. The government’s amendments to the NAB law have exacerbated partisanship in the accountability process. In other words, it has taken a conscious decision to undercut the anti-corruption process. State capture is inextricably linked to financial corruption: it is precisely policy manipulation by the ruling elites to further their own interests that allows for such wrongdoing.

However, it is sad that the CPI rating has been utilized for point-scoring by both sides in the previous few decades. Corruption is still a major problem in Pakistan, as it is in many other developing countries, as the TI’s latest report shows. Corruption prevents a country from reaching its greatest potential by deepening inequalities and concentrating resources in a small segment of population.

The only way to develop Pakistan’s democratic institutions is for the country’s representatives to work together and with unanimity.