US did not lose in Afghanistan, it lost Pakistan!
Recent View all
Press Release
Read more

Home  »  Editors Choice   »   US did not lose in Afghanistan, it lost Pakistan! 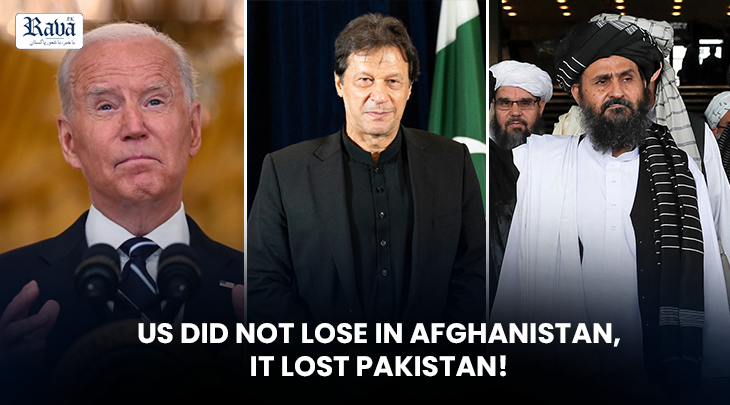 US did not lose in Afghanistan, it lost Pakistan!

Hindsight is 20:20, yet past is also prologue. American failure to truly understand its debacle in Afghanistan will be given many colors and hues over the coming months and years. The business of think tanks and special interest groups will continue to validate a narrative that they have held for far too long, for concern of being exposed for their group-think and confirmation biases. The business of vilifying Pakistan will coalesce, and hubris will win the day. Perhaps such is the rot that is foregone for any empire, and America is no exception.

For years Pakistan had been arguing that a military solution in Afghanistan was a fool’s errand. That the American experiment of a national army was bound to fail. Yet the Pakistan bashing industry in the United States colored every Pak argument as a fork- tongued intrigue, that merited little attention. Indian lobbies as well as orchestrated dis-information built a wall of counter narratives (https://www.aljazeera.com/news/2020/12/11/eu-ngo-report-uncovers-a-15-year-disinformation-campaign). The porous nature of the 2700KM borders between Pakistan and Afghanistan along with the over 3 million refugees was billed as a conscious effort by the ISI to infiltrate and fuel the insurgency. Loss of 70,000 Pakistani civilians and military officials (even general officers) was notched as some macabre bloodletting by Pakistan to hide its truly nefarious purpose. Even the deaths of over a hundred schoolchildren by the Pakistani Taliban were not enough for the US and her erstwhile cheerleaders to realize that Pakistan was facing an existential threat from the US-led war on terror. No number of Pakistani concerns of the over the multitude of Indian consulates and “construction zones” along Pakistan’s border were heeded, as India actively funded and orchestrated terrorism within Pakistan. Finally, the killing and bombing of Pakistanis by its ally, the United States of America (https://www.amnesty.org/en/documents/asa33/013/2013/en/ ), was perhaps the last nail in an over 70-year relationship.

America lost in large measure because it bought the Indian narrative and developed its Afpak policy squarely around it. What the US failed to realize is that the Indian view of Pakistan is obtuse and illogical (https://twitter.com/BhittaniKhannnn/status/1429904859583680512?s=20 ), and is largely fueled by Hindutva fascism that the world has not fully comprehended. This fascism has long destroyed the fabric of the India’s secular and democratic system and left a shell of Gandhi’s India alive only in Bollywood’s fanciful screens or romantic notions in Western minds. The West dutifully remains beguiled under the luster of India’s economic, financial, military markets, and this dangerous slumber will eventually clash with Western core principles of humanitarianism and egalitarianism. Biden’s continuation of Obama’s look East, especially through the Quad’s principles of democracies, lies hollow under a weight of a Quad member whose dabbles in pogroms and religious caste oppression on millions of her own citizens.

In the span of the last 20 years, the United States not only lost in Afghanistan, but more importantly, it lost Pakistan. This loss will not even factor in any meaningful discourse as global empires seldom give to objective retrospection. Perhaps in time there might be those brave enough in the US establishment to shed light on what is likely to be America’s single largest foreign policy disaster since Vietnam. The loss of Pakistan to the other side of the foreboding bi-polar world.