Why does the Pakistan Air Force need a new airbase in Balochistan?
Recent View all
News
Read more

Home  »  Editors Choice   »   Why does the Pakistan Air Force need a new airbase in Balochistan? 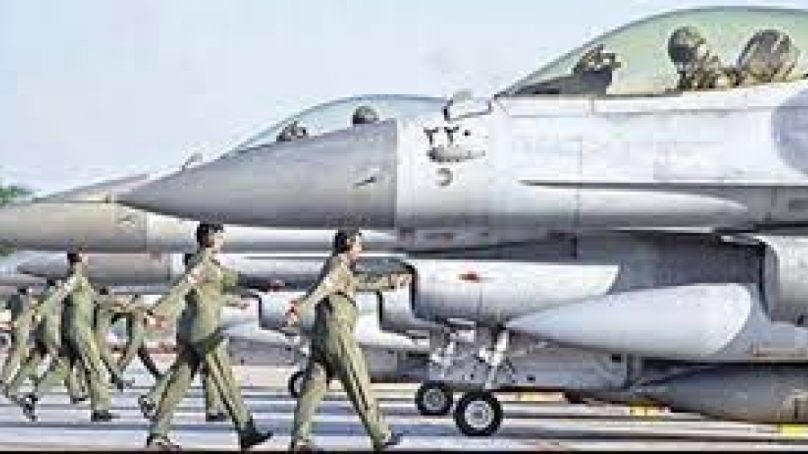 Why does the Pakistan Air Force need a new airbase in Balochistan?

The Pakistan Air Force has confirmed that it is considering building a new airbase in Balochistan province, while the deputy commissioner of Naseerabad district told the BBC that the air force had acquired land in this regard. He had contacted the administration, after which he has been inspected for lands in Nautal area of ​​Naseerabad.

The news comes as a Pentagon official, David F. Halloway, told AFP that Pakistan had allowed the use of its air and ground space to support its forces in Afghanistan.

According to AFP, David F. Haley, Assistant Secretary of State for Indo-Pacific Affairs, told the US Senate Armed Services Committee last week that the United States would continue to work with Pakistan to restore peace in Afghanistan. There is a very important role.

Following the news, local media claimed that the airbase to be built in Naseerabad district was in fact being built at the request of US forces and that the airbase would be used by the United States. However, a spokesman for the Pakistan Air Force and the Foreign Ministry denied the allegations, saying no such proposal was under consideration.

A spokesman for the Air Force told the BBC that the proposal to build a new airbase in Balochistan was a matter of course and no final decision had been made. According to the spokesman, four sites (sites) for the airport are under consideration but a final decision is yet to be made.

On the other hand, Pakistan’s foreign ministry has denied the reports, saying that there are no US forces in Pakistan, no airbase and no such proposal under consideration. “All speculations in this regard are baseless and irresponsible and should be avoided. (Pakistan’s) air and ground cooperation with the United States has been ongoing since 2001.

Is the proposal to build a new airbase under consideration?

Nautal is located 25 km from Dera Murad Jamali, the headquarters of Naseerabad district in Balochistan. Nautal is a barren plain and much of it is not fertile.

Since the deteriorating situation in Balochistan, some areas of Naseerabad district have been affected by the insurgency.

The Pakistan Air Force spokesman said that the media reports were baseless and mere rumors that the airbase was being built for the United States or would be handed over to them.

According to the spokesman, if work on the airport starts, it will not be built overnight, but after a final decision and approval, it will take eight to ten years to complete.

“The proposal is not for a new airbase but for an operational site,” the Naseerabad deputy commissioner told the BBC.

He said that to his knowledge, “the Pakistan Air Force has yet to establish a colony, an operational site or any construction on this land, but it will not be a major airbase.”

“We welcome the Pakistan Air Force to come as it will bring development and prosperity to the region,” he said.

It should be noted that this site was visited by the officials of Pakistan Air Force earlier this month.

‘Pakistan army will not hand over any airbase to US’

Speaking to the BBC, Lieutenant General (retd) Amjad Shoaib said that no airbase would be given to the United States by the army.

According to Amjad Shoaib, the airbase will not be too big as its purpose will be to maintain peace in the southern part.

According to him, if necessary, the United States can be given access to the road to Chaman and it is already using this road.

According to him, if the US troops need supplies, they will be able to take them from Karachi airport. However, he said that the need has diminished since the withdrawal of US troops from Afghanistan.

Talking about Naseerabad Airbase, General Amjad Shoaib said that at present our response time is very long to eradicate any terrorism. “We have to respond from Quetta now. Jacobabad airbase is not so close.

According to him, Jacobabad Airbase, though a short distance away, has its own special significance in the context of the Indian border.

Kamran Yousaf, a senior journalist reporting on defense issues with the English newspaper Express Tribune, told the BBC that the United States would maintain its presence in the region in one form or another, and that was the desire of Pakistani military officials.

According to Kamran Yousuf, the military leadership believes that when there is a US presence in the region, Pakistan will also have a lead because the US will continue to feel the need for Pakistan.

According to him, Pakistan has historically provided such assistance to the United States. However, he says such agreements are not immediately announced to avoid public opposition.

He goes on to say that there is a possibility that the two countries will secretly reach an agreement in which this kind of cooperation can be continued.

According to him, after 9/11, Pervez Musharraf had asked to remain neutral in the meeting of corps commanders but later it was found out that Shamsi Airbase had already been handed over to the United States.

He went on to say that when Ayub Khan had offered Peshawar airbase to the United States against the Soviet Union in the past, the situation was slightly different, but now Pakistan cannot ignore the Chinese element before such cooperation and of course Pakistani authorities must have taken China into confidence in this regard as well.

Jacobabad is a border district of Sindh bordering Balochistan and the southeastern border of Jaffarabad district of Balochistan bordering Naseerabad is bordered by Jacobabad. Shahbaz Airbase is a major Pakistan Air Force base in Jacobabad. Notal Sindh is located at a distance of about 70 km from Jacobabad.

Jacobabad Airbase has been used by the US Air Force for military operations against al-Qaeda and the Taliban in Afghanistan since the US-led invasion.

Like Jacobabad, Afghanistan is located north of Nautal. The areas south of Jacobabad and Nautal, southwest of Pakistan, or other areas bordering Pakistan, are also most affected by the insurgency.

What other airports are there near Nautal?

While Jacobabad Airbase is located very close to Nautal, there is also an airport in Sibi District near Nautal. Although the airport, built during the British rule, is not very large and modern, it is used by small aircraft in addition to C-31 aircraft.

Which airbases in Balochistan have been used by US?

Balochistan has six districts along the Afghan border, including Zhob, Qila Saifullah, Pishin, Qila Abdullah, Noshki and Chaghi. These districts were part of British Balochistan during the British rule, where the British had built many small airstrips to prevent any possible advance of Nazi Germany and the former Soviet Union.

However, after the formation of Pakistan, airports were built in Zhob and Dalbandin areas of Chaghi district.

No airport in the area has been reported for US use in Afghanistan, but a solar airbase in Kharan District, adjacent to Chaghi District, has been reported to be in US use. However, the airbase was evacuated by the US after the US attack on the Salala check post.

Due to the lack of publicity in the local newspapers of Balochistan for this new air force project in Nautal, there has not been much reaction from the political parties so far. However, the nationalist party Balochistan National Movement opposed the project.

A statement issued by party chief Khalil Baloch called it a major military plan in Balochistan and said that the state and its military establishment should prolong their occupation of Balochistan and turn the Baloch homeland into a full-fledged military base.