Home  »  Entertainment   »   A Pakistani musician, Abdullah Siddiqui makes it to Forbes 30 Under 30 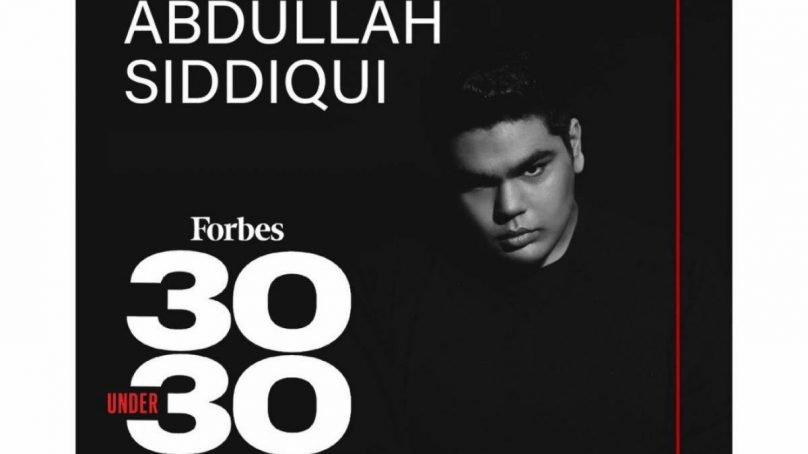 A Pakistani musician, Abdullah Siddiqui makes it to Forbes 30 Under 30

Abdullah Siddiqui is a young Pakistani musician whose name has been added to Forbes 30 under 30 list. He has produced three music albums as of now. Siddiqui took his Instagram account to share the news with his fans and told them how incredibly grateful he is. He also thanked everyone who helped him get here.

Siddiqui began his musical journey at the age of 11 and released it at the age of 16. He has also been part of Nescafe Basement, a Pakistani show that exhibits the music of underground artists. He received fame when his original music Resistance was revamped for season 5 of the show. Siddiqui has also produced and written songs for renowned Pakistani artists such as Fawad Khan, Meesha Shafi, and Aima Baig.

The 8th death anniversary of Moin Akhtar is observed today