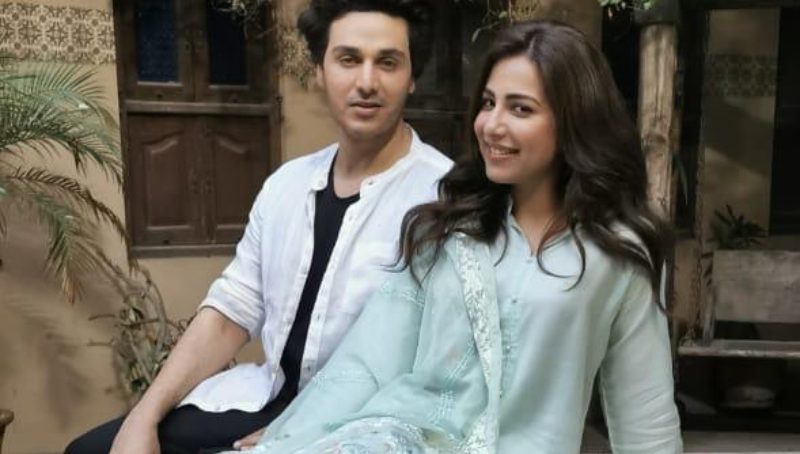 With several hit serials to their credit, Ahsan Khan and Ushna Shah are set to be seen in drama serial Bandhay Aik Dor Say on Geo TV soon.

Confirming the news, Balaa actress Ushna Shah divulged that the drama serial will focus on a love triangle. “I am playing the female lead Maheen, and Ahsan will be playing Umer, the male lead alongside me. It’s a love triangle with Hina Altaf playing a negative role,” said Ushna.

Her co-star Ahsan Khan said on Instagram: “I play the character of Umer. It’s a family story, a very basic family unit and their issues and also an emotional love story but on a lighter side, nothing too intense or hardcore; it’s just a very entertaining and enjoyable play. It’s been written by Faiza Iftikhar who’s an amazing writer and Ali Farzan is directing. I work less and want to work in good projects where i have fun and Ali’s a fine director who’s also extremely intelligent.”