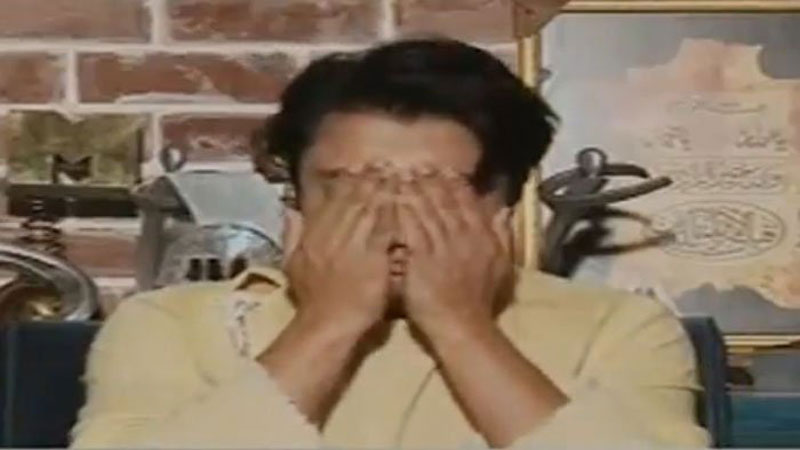 Speaking to the host Shahzad Iqbal, Zafar said that Meesha Shafi made a claim against him but the court’s verdict came in his favour, adding that now a social media campaign has been launched against him.

He said that several big companies who have hired the singer were tagged in the posts, along with the United Nations’ agencies, so that his career can be ended.

Zafar alleged that Shafi wants to immigrate to Canada but he does not know why she made the allegations in the first place. In response to Ali, the programme’s host Shahzad Iqbal highlighted that Meesha Shafi’s Canadian PR had been approved in 2016.

“I don’t know why she is doing this… one should ask her. She should come to the court herself and reveal her true intentions.”

He said that Shafi was a good friend of their family and attended functions with them.

Zafar said that at the alleged place of harassment two women were also present and Shafi also sent him a message after the event, which he showed to the court as well.

Zafar said that is she was harassed then why did she sent a message which said: “Had a great time jamming and performing. Grateful for the kind word Ali has to say on stage.”

Ali Zafar said that he is innocent and the court also dismissed Meesha Shafi’s allegations. He also spoke against the derogatory language being used on social media against him and his family.

Zafar, in a message, extended an olive branch to the singer, saying that whatever is happening is not good for the society.

Zafar said that he does not want the money from the defamation suit and will give it to a charity for women, asking Shafi to bring the issue to an end.

“We have both known each other for a long time. My kids have played with yours. I still urge you to block out all voices and just isolate yourself and connect to God and end this. If you take one step forward I will take ten steps forward.”

‘Even if Ali lets it go, I will see it through’

Jumping to her husband’s defence, Ayesha Fazli also posted on social media that the criminal cruelty the family faced cannot be described in words.

“The cyber bullying & betrayal by friend(s) has been a big eye opener. Even if Ali lets it go, I will see through it. #FaceTheCourtMeeshaShafi,” she tweeted.

What me, my husband @AliZafarsays and my family have gone through at the hands of such criminal cruelty can never be explained in words. The cyber bullying & betrayal by friend(s) has been a big eye opener. Even if Ali lets it go, I will see through it. #FaceTheCourtMeeshaShafi https://t.co/GQ9DtKnwI3

Zafar had filed the defamation suit last year against Shafi, who had accused him of sexual harassment.

The suit, claiming damages of Rs1 billion, was filed under the Defamation Ordinance 2002. In the notice, the singer claimed Shafi damaged his reputation through false allegations of sexual harassment.

Meesha Shafi ‘will go once court will direct her to’ appear, lawyer Nighat Dad

A day ago, women’s rights lawyer Nighat Dad explained that singer Meesha Shafi “has not been called by the court as of yet” but “will go once court will direct her to” appear.

Dad was speaking on Geo News programme Naya Pakistan in response to singer Ali Zafar’s comments outside a sessions court in Lahore earlier when he claimed that he was being targeted through an organised plan for personal gains.

Dad denied the allegations and said that the campaign, instead, was under the hashtag “#FaceTheCourtMeeshaShafi”.

However, “if Ali Zafar believes that an account is fake, he can go ahead and lodge a complaint,” she added.