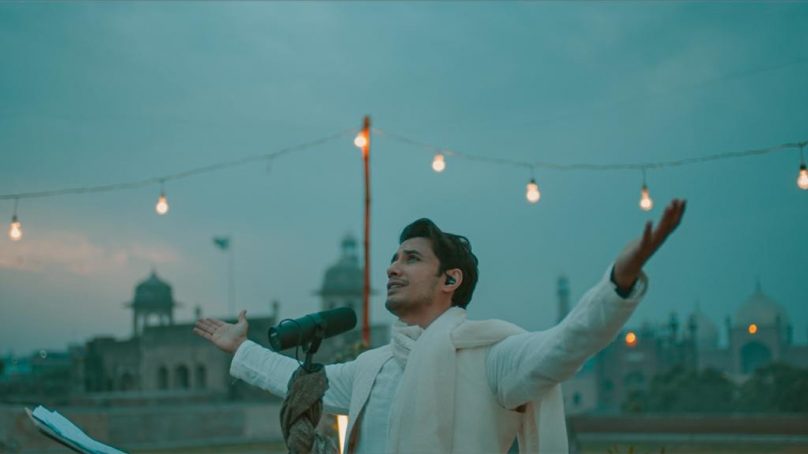 Ali Zafar released his version of a famous naat ‘Balaghal Ula Be Kamalihi’ that has gained popularity in two days only. The video shows a beautiful aerial view of the Baadshahi Mosque where is he is seen dressed in white reciting the iconic naat on the rooftop.

Along with the singer, there are a group of qawwals and instrumentalists shown in the video as well. Zafar shared the Naat with his fans on his Instagram account and stated that he hopes people find peace in this rendition in the same way it brought peace to his heart while making it.

The video ends with a memory of Ghulam Farid Sabri, Amjad Sabri, and Maqbool Ahmed Sabri who had originally performed on this naat. This naat is a soulful kalam by Hazrat Bedam Shah Warsi.