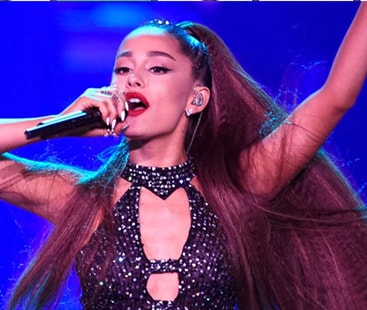 According to the 26 year old singer, the new song is about love trust and the fear of commitment.

“I feel like this song captures a common theme in the lives of so many people i know!” Ariana wrote on Twitter in response to a fan who asked about the song’s inspiration.

right ?
we wanted to make something uplifting that captures that feeling of being afraid to take the leap & trust, being afraid of being hurt or feeling like you won’t be enough for that person … but also how it feels to have a crippling crush on someone. 🖤 #Boyfriendtonight https://t.co/IHQ3cRC9iy

The video for the song features the ‘Social House’ band mates Michael ‘Mikey’ Foster and Charles ‘Scootie’ Anderson the video was an intimate insight into Ari’s life. According to Ariana, the video also has some surprises to come.

“A successful woman is empowering”:Mahira Khan

Celebs speak up for the plight of Kashmiris in IOK