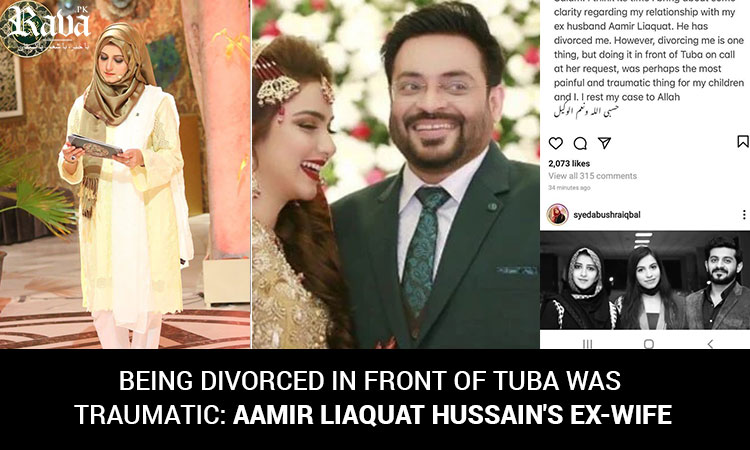 Being divorced in front of Tuba was traumatic: Aamir Liaquat Hussain’s ex-wife

Aamir Liaquat Hussain’s former wife Syeda Bushra Iqbal has said that the televangelist divorced her in front of his current wife Tuba, describing it as a “traumatic thing” for her and their children.

Taking to Instagram, Iqbal said it was time to bring about some clarity to her relationship with Amir Liaquat, divulging that he had divorced her.

“However, divorcing me is one thing, but doing it in front of Tuba on call at her request, was perhaps the most painful and traumatic thing for my children and I. I rest my case to Allah,” she said.

The PTI leader had spoken about his marriage to Tuba two years ago, after which their valima ceremony’s pictures went viral on social media.