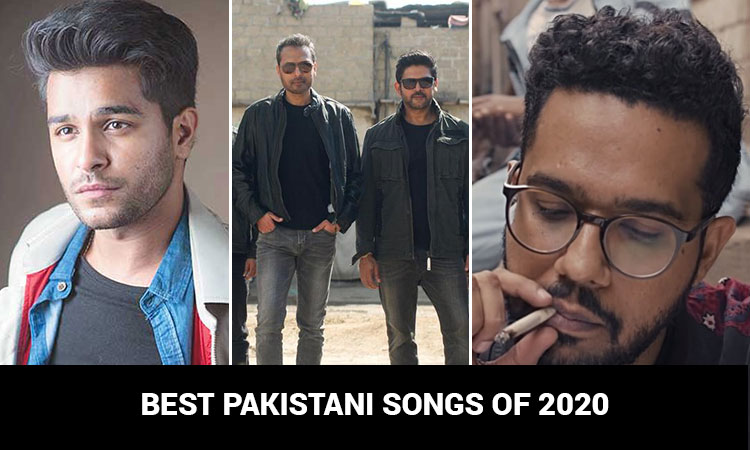 Pakistani songs are unique like their culture. From folk music to Rap songs, you can find every genre pleasing the ears. Among this huge diversity of songs, it can be a tough call to make your playlist. Therefore, we are bringing you the best Pakistani songs of the year 2020 that will fit in your playlist just perfectly:

This song has garnered a lot of attention since its release due to its nature which is one of the very few songs that came into the mainstream. Ali Gul Pir who usually highlights less-talked issues but in a little fun way has unveiled his new side in this song. Having a more serious and angry tone, Karle Jo Karna Hai became the favorite of the youth.

This song is the melody of Pride for every Pakistani. “Har Ghari Tayyar Kamran” is a remake of an 80’s song. The song has amazing energy and the kind of melody that a listener can resist to sing along. This song is a tribute to Pakistan’s Defense Day – 2020. You can feel a contemporary spin added to this song by Ali Hamza (Noori). This song’s blend of modern Rock with a performance by the Military Band won over many hearts right after its release.

His songs have proved to be the biggest collaboration of the year. With popular names coming together, Tum Tum made quite a buzz on social media. Following the ongoing debate about love vs. money, these songs have the same theme with which many young listeners could relate to.  Tum Tum has Asim Azhar’s signature melodies with a twist of some exciting rap verses from Talha Anjum and Talhah Yunus. Not only this, but you can also listen to a Punjabi verse by Shamoon Ismail.

If it’s Atif Aslam, then the song deserves at least one listen as he is one of the most talented singers in the industry. 12 bajay portrays his commitment and sincerity to work. Released quite a while ago, this song has managed to stay a favorite even this year.

With a refreshing vibe, String has stepped into the future. Raat Shabnami is the last song for the band’s album “STRINGS THIRTY.” This song roams around a new musical space with a blend of the psychedelic music video. The lyrics are written by Anwar Maqsood lyrics, giving a cutting-edge influence. This song takes you to the modern-day music industry with continuous nostalgia running through your mind. This song perfectly fits Strings’ aura.

Which are your favorite Pakistani songs in 2020? Share with us in the comments!

Being divorced in front of Tuba was traumatic: Aamir Liaquat Hussain’s ex-wife