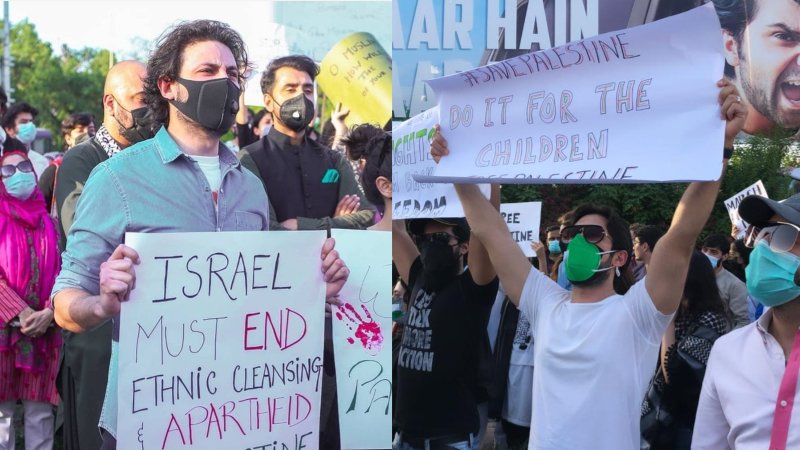 Celebrities march for Palestine in Islamabad

Pakistanis held protests all across the country to condemn the barbarity of Israel in Palestine which has killed 181 Palestinians including children and women. Many celebrities have also taken part in the protest on the streets to show support for Palestine.

Local artists including Fawad Khan, Hania Amir, Sadaf Fawad Khan, Ali Rehman Khan, and the social media star Dananeer were seen with placards in their hands and rooting for Palestine’s freedom. The pictures were circulated all over social media where people supported the stars for standing up for the cause.