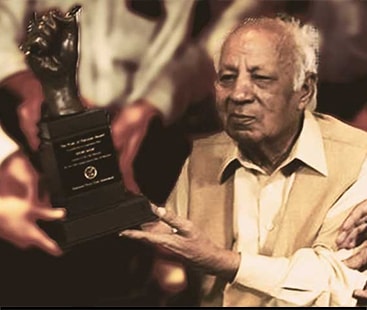 Nisar Nasik, the lyricist of the iconic Dil Dil Pakistan passed away in Rawalpindi on Wednesday.

According to reports, Nasik spent the last few years of his life in extreme poverty and was suffering from mild blindness and amnesia.

Nasik was best known for penning down Dil Dil Pakistan, sung by Junaid Jamshed and released in 1987 by the pop band Vital Signs.