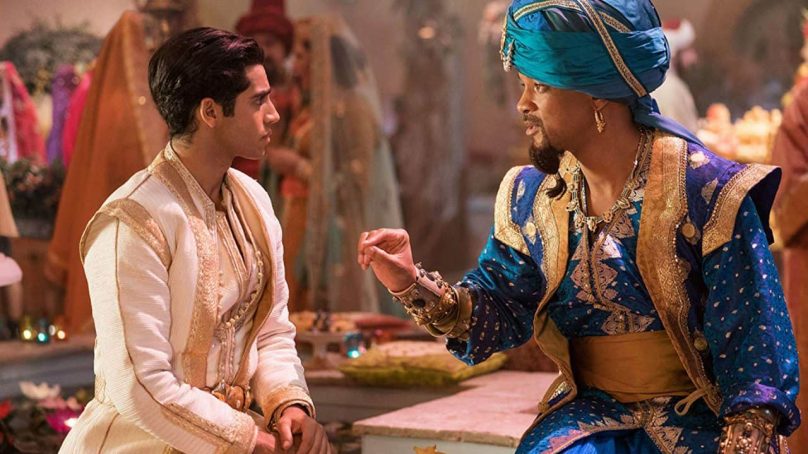 Disney’s live-action “Aladdin” is soaring high with an approximately $105 million in North America during the during the four-day Memorial Day holiday.

“Aladdin” has outperformed Disney’s pre-opening domestic projections, which were in the $75 million to $85 million range for the four days, as it took in $86.1 million in its first three days. The reboot of the original 1992 animated movie — which generated $502 million in worldwide box office — stars Mena Massoud as Aladdin, Will Smith as the Genie, Naomi Scott as Jasmine and Marwan Kenzari as Jafar. Guy Ritchie directed the movie, it is produced by Dan Lin and Jonathan Eirich.

Comscore’s PostTrak general audience survey found that 67% of patrons said they would “definitely recommend” the film to their friends. Notably, 39% said their affection for the original was their primary reason for seeing the film, a high percentage that reflects moviegoers’ love for the “Aladdin” brand and the characters in the film.

“A very strong 22% said they would see the film again in theatres — much higher than the norm of 14%,” noted Paul Dergarabedian, Comscore’s senior media analyst.

Disney distribution chief Cathleen Taff told sources that she’s particularly pleased that “Aladdin” has racked up a 93% audience score on Rotten Tomatoes and an “A” Cinemascore. The site recently revised its scoring in that measurement to limit responses to verified ticket buyers.

“‘The movie is performing exactly the way we were hoping,” Taff added. “We should see strong performance in the coming weeks as we get into the summer season.”