Due to Non-Professional Organizers, Akcent Refuses to Perform in Faisalabad
Recent View all
Reviews
Read more

Home  »  Entertainment • News   »   Due to Non-Professional Organizers, Akcent Refuses to Perform in Faisalabad 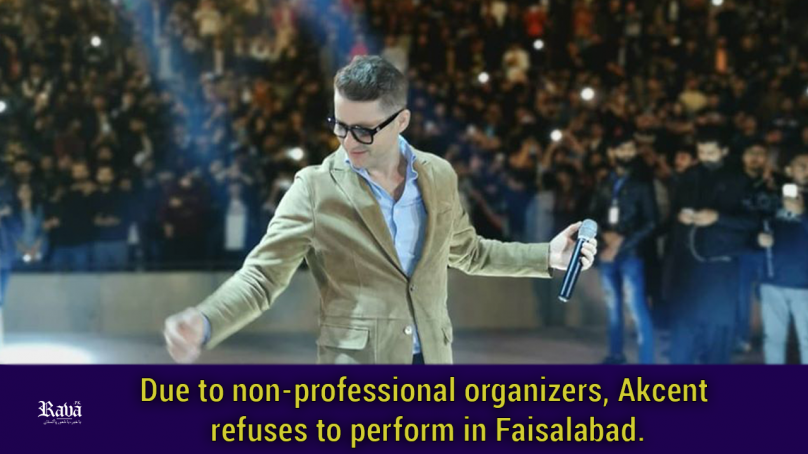 Due to Non-Professional Organizers, Akcent Refuses to Perform in Faisalabad

Adrian Sina, a member of Romanian band Akcent, refused to perform in Faisalabad because of ‘non-professional’ organizers.

Akcent suddenly refused to perform in Faisalabad after performing successfully in Lahore, Doha and Bhawalpur. They announced the plan change on their Facebook page claiming it was due to the “non-professional.” organizers.

After announcing that his band will perform at the Governor House in Lahore on November 24, 2019, the singer previously shared that he would love to have a nice cup of tea with Maj Gen Asif Ghafoor.

The band had also announced that their biggest show of the year will happen in Karachi on December 7, 2019.