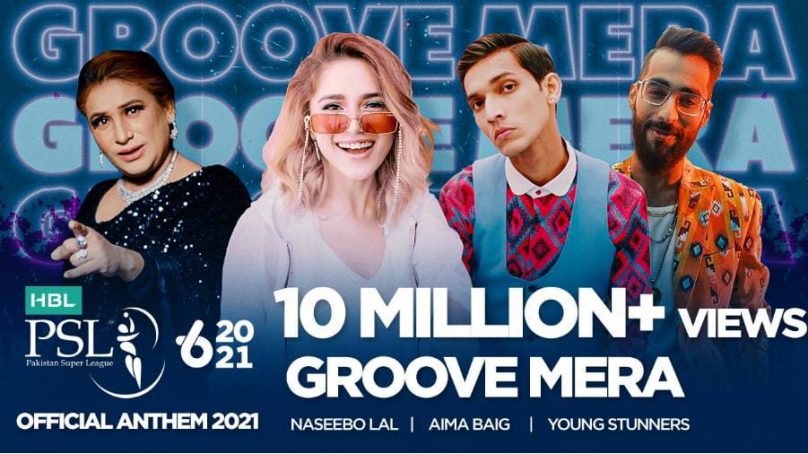 Groove Mera premiered worldwide on February 6 and created a buzz amongst the fans who had a lot to say about the new PSL anthem.

After almost two weeks of its release, it is still trending on number 2 in Pakistan, which, along with crossing 10 million views in such a short time, is a huge win for the new anthem.

While a lot of fans had strong opinions about it on its release, it definitely grew on all of us. It is the kind of song that fans cannot help but sing along. It is fun and festive and can get one in a celebratory mood which is what PSL is all about.

The song crossing 10 million views is no surprise at all because of the fact that the anthem has a catchy beat and the lyrics are also captivating. Its trajectory means that crossing the 100-million-views mark is a matter of when and not if.

Dance Junction is a great platform for emerging dancers:WahabShah