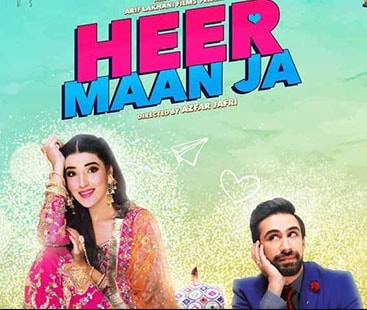 Ali Rehman and Hareem Farooq are all set to return to the silver screen with another feature film after Parchi.

The film, Heer Maan Ja, is a family entertainer with comedy, romance and some action.

Earlier today the trailer was released and the fans could not contain the excitement.

It is a love story with a twist, where Hareem is seen playing the role of a run-away bride.

Both Ali and Hareem are stuck with each other due to unforeseeable circumstances and get on a roller coaster of wild event, meeting quirky characters along the way.

The trailer hints at a masala film, something viewers are looking forward to during Eid-ul-Azha holidays.

Heer Maan Ja is directed by Azfar Jafri and produced by IRK Films and Arif Lakhani Films in association with Geo Films.