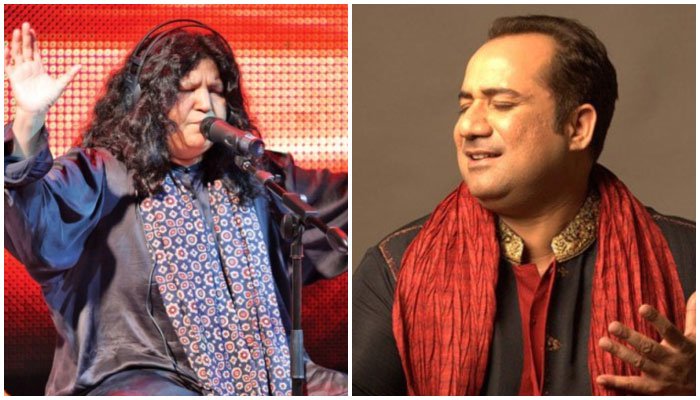 “Abida Parveen and Rahat Fateh Ali Khan are two of my favourite vocalist of Sufi music. This song is called Chaap Tilak and you can go on YouTube to check out the lyrics. They are beautiful,” she wrote.

The duo had collaborated for the song for Coke Studio’s season seven in 2014 with the song becoming one of the biggest hits the program has produced. The songs’ lyrics are a poem by Amir Khusro.

@queenofsoul_ap and @officialrfakworld are two of my favorite vocalist of Sufi music. This song is called Chaap Tilak and you can go on YouTube to check out the lyrics. They are beautiful✨💫

Of course, fans were left mesmerized and thanked Smith for introducing her to it. “OMG … so beautiful, I don’t even know what they are saying yet I feel so emotional. Thank you for sharing,” one user wrote.

Another one wrote, “Wow this is amazing. I’m so thankful that you posted this. Such an uplifting gift to my soul.”

Other also expressed similar views and said that despite not understand what they were saying, the song sounded romantic. “Thank you for this. Major plug. Healing power.”

Another one thanked the actor and said the song was really amazing. “I’m glad Sufi and South Asian music is reaching so many audiences.”

Locals also took to the section and recommended Smith listen to Nusrat Fateh Ali Khan. While another one said, “Yay Jada! I speak for most, if not all South Asians, we love this song!”

Reema Khan shares ethereal photos from her trip to Jerusalem