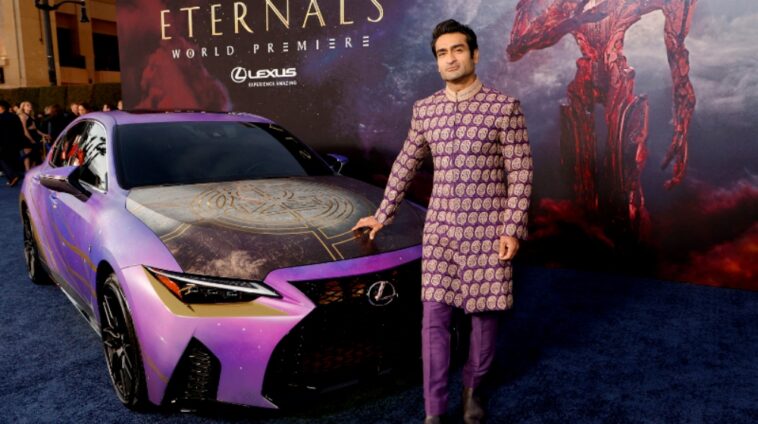 When asked why he chose a Pakistani designer and a traditional dress like sherwani instead of a tuxedo, the Academy-nominated actor said, “I wanted to wear a sherwani because 1. They look awesome and 2. My costume in the film always reminded me of sherwanis. And I wanted to use a designer in Pakistan, not just a Pakistani designer in the US. So I called my mum, she gave me the names of three amazing designers in Pakistan. Purple and gold are a beautiful combination. The paisley pattern is very traditional as well.”