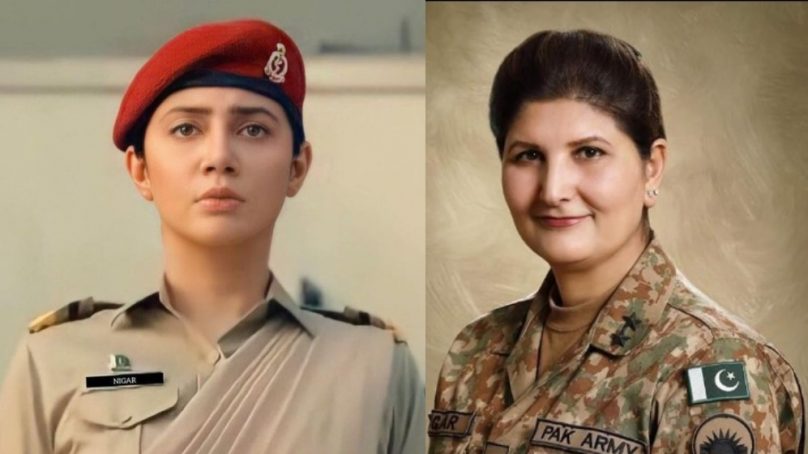 The teaser of the new series highlighting the achievement of Major General NIgar Johar, who created history by becoming the first female officer to be promoted to the rank of lieutenant general is out. The character of Nigar is played by none other than Mahira Khan. Khan accepted this role to meet expectations and pave the way for women in this position.

The Bol actress has made efforts to adopt Lt Gen Nigar’s accent, look, body language, and every part of her personality to bring Nigar’s character on-screen. The series will revolve around the Lieutenant General’s journey of life.