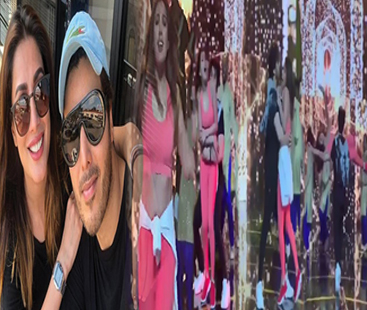 Pakistani actress and model Mehwish Hayat under extreme criticism after her dancing video.

Mehwish Hayat and Ahsan Khan are going to perform together at 7th Hum Awards after 5 years. Their dance rehearsal video went viral over the internet, and people can’t wait to see the actual performance. The chemistry between both of them is so strong that even after 5 years, they are confidently performing on the rehearsal stage.

Mehwish Hayat has played the lead roles in many blockbuster love story movies.

Two months ago, Mehwish Hayat received the Pride of Performance in Norway. This was followed by multiple appearances on various international platforms where she spoke about how the world of cinema is fueling Islamophobia.