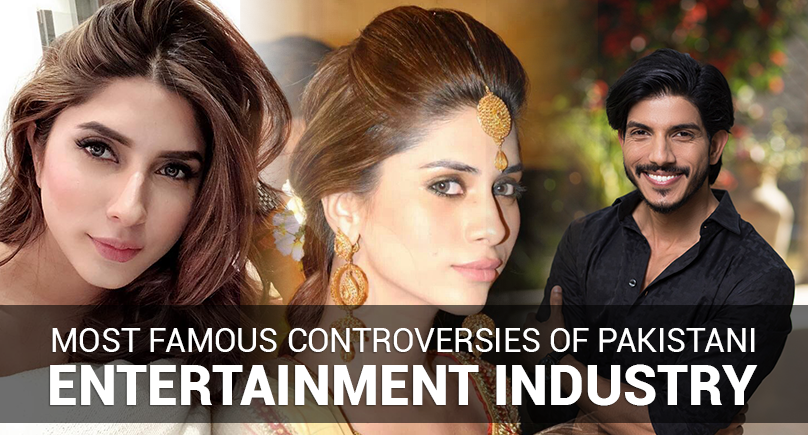 Every country owns a fair share of scandals regardless of whether the people living in it are liberal or conservative. There is always a group of people noticing the actions of the celebrities and public figures and gossiping about them that lead to controversies. These controversies can either be created by celebrities’ rivals or by the common people, while sometimes the celebrities themselves make their own controversy for the sake of publicity.

2020 had been the year of many controversies among Pakistani celebrities. Here are a few of them:

On May 27, 2020, beautiful duo of sisters Uzma Khan and Huma Khan registered a case against some people for vandalizing the house, and breaking and stealing the valuables worth Rs 5 million.

The video of the incident went viral in which two women were seen invading Uzma’s house, and threatening her and her sister for having an extramarital affair with Usman Malik, the husband of Amna. It was claimed that one of them was the niece of a Pakistani business tycoon Malik Riaz. 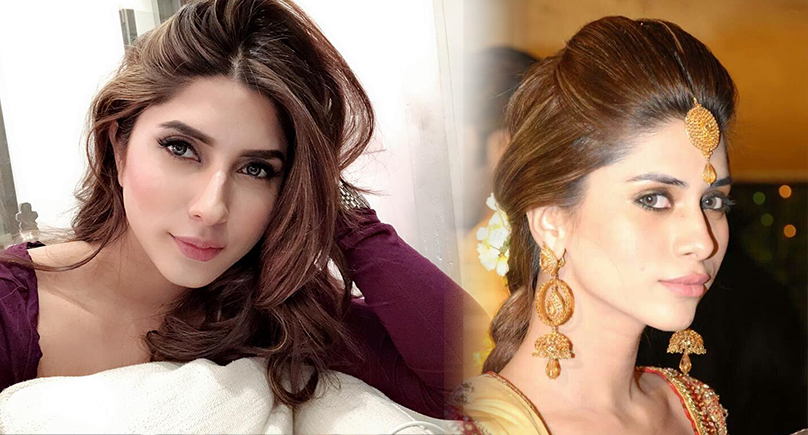 The actor’s lawyer stated in a news conference that Uzma and Usman were friends for two years, but the actor ended the relationship with him in December. Usman, however, continued to visit her on and off.

While the issue was took many twists and turns, Malik Riaz also came up with a tweet in which he clearly mentioned that these people are making propaganda against him and threatened them by saying that he could file a defamation suit against the people who involved him in such disgraceful incidents.

However, the Pakistani media almost kept silent in this case.

Last year brought a downfall to this actor, singer, and writer as his wife accused him of domestic violence. Mohsin’s ex-wife, Fatima Sohail, shared some pictures of her wounded face, claiming his husband had beaten her. She filed a case against her husband claiming him that he had been violent to her quite a few times. It all ended with their divorce. 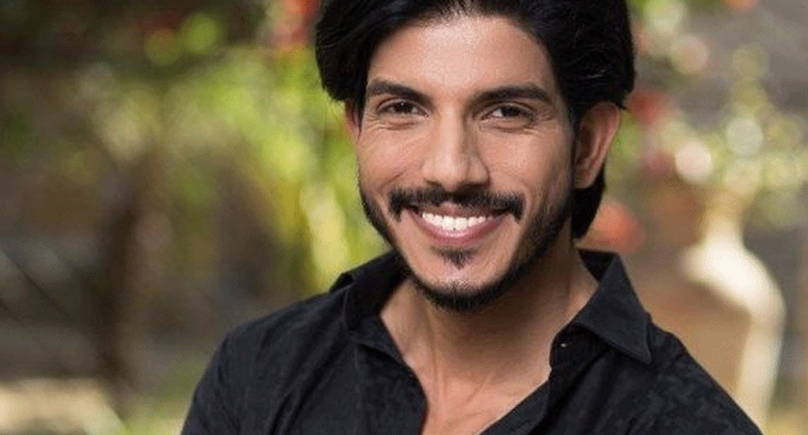 Just a few days after this incident, Mohsin’s controversial pictures with actress Nazish Jehangir went viral on social media. Those pictures were the snapshots of the video chat that took place between Mohsin and Nazish wearing night suits. Fatima Sohail accused Mohsin of having an extramarital affair with Nazish, which was later proven right.

However, Mohsin denied all these accusations.

Hina was invited to a YouTube interview show called TBH where the host asked her a a number of questions related to her fellows in the media industry. A clip from this particular interview got viral where Hina Altaf was asked to name one actor who does not possess good acting skills. To which she took the name of Muneeb Butt and joked about his wedding festivity. 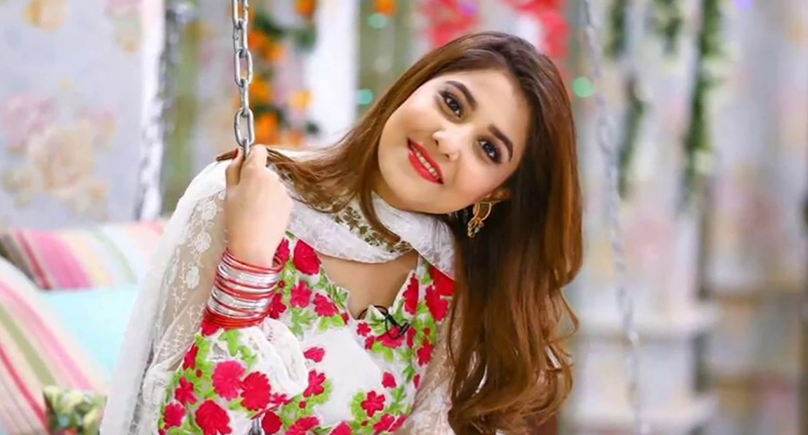 Muneeb and Aiman did not give an ear to what Hina had babbled. However, she cleared her statement in another show that the video was poorly edited for igniting a controversy. She also congratulated Muneeb and Aiman for their newborn kid.

This celebrity couple got themselves in a storm when they decided to get married. The controversy was made over the proposal of Yasir Hussain to Iqra Aziz in a public gathering of Lux Style Awards. 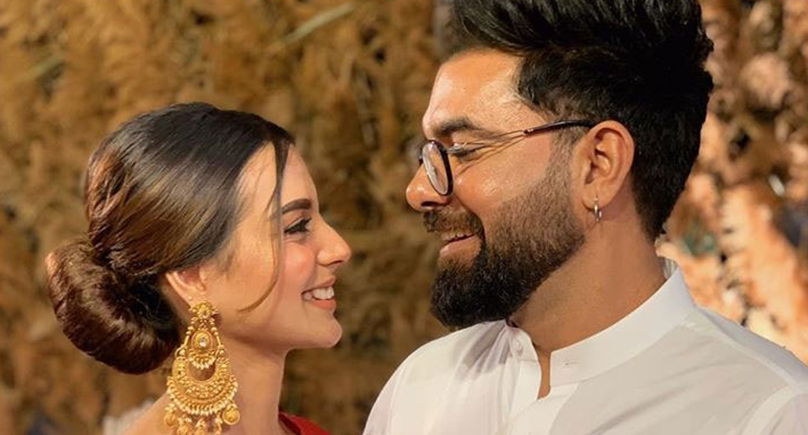 It was all cool until Iqra accepted his proposal and hugged him publicly, drawing the audience’s ire on social media.

In what can rightly be dubbed as one of the biggest controversies to hit the country, ace actor Firdous Jamal in a TV interview stated that Mahira Khan was not good enough to work as a heroine. Adding fuel to the fire, the actor went on to suggest that she should be given the character of the heroine’s mom. 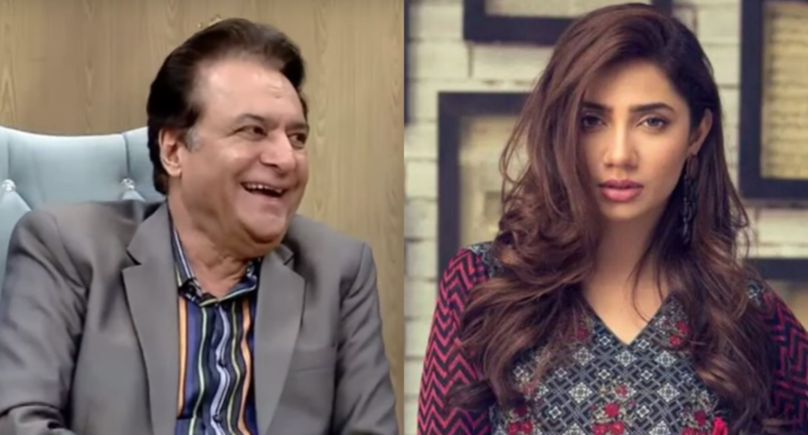 This controversial comment drew the wrath of producer Momina Duraid who slapped a ban on Firdous Jamal, and announced that her company would no longer work with him anymore.

And that was not it! After taking jibes at Mahira, Firdous Jamal dropped another bombshell by saying that Imran Ashraf’s acting in the drama Ranjha Ranjha Kardi was just a normal act. However, like Mahira, Imran also kept his cool, avoiding any response to Mr Jamal’s outburst.