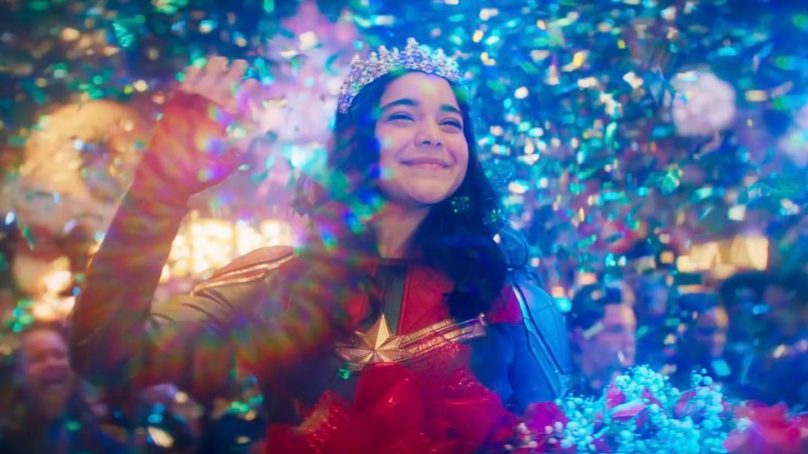 Marvel Studios has released a trailer for “Ms. Marvel,” an upcoming Disney+ series starring Marvel Studios’ first Muslim superhero. The newest Marvel limited series, Kamala Khan, will premiere on June 8 and follows a 16-year-old Pakistani American girl from New Jersey who strives to blend in at school and at home until she is endowed with superpowers. The six-episode series is directed by two-time Oscar winner, Sharmeen Obaid-Chinoy, Meera Menon, Adil El Arbi, and Bilall Fallah.

In the trailer, Kamala seems to be struggling with the toughest challenges of high school as she finds herself a bit of a mist fit. Looking up to all Avengers superheroes, especially Captain Marvel, and writing fan fiction, Kamala discovers some unusual abilities. Kamala’s powers enable her to change the energy around herself using her hands and she can manipulate her entire self, altering the size and shape of her body.

Kamala’s character is also expected to appear in the sequel of a Marvel film, Captain Marvel, which is scheduled to release next year. The show is created by Bisha K. Ali who had previously written another Marvel series, Loki. Moreover, Pakistani heartthrob Fawad Khan and Nimra Bucha will also be seen on screen. The series was set to release in late 2021 but was delayed due to the pandemic along with other releases of Marvel studio.