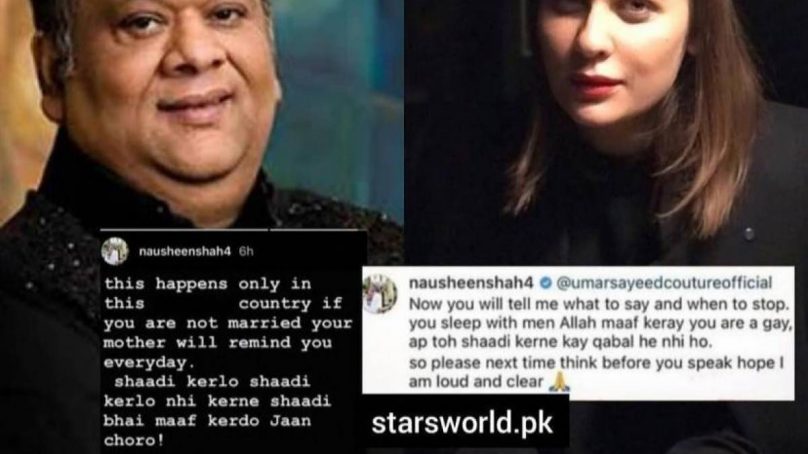 The actor Nausheen Shah recently ranted about how women are pressurized to get married by their mothers in this country. “Shaadi kerlo shaadi kerlo. Nahi kerni shaadi bhai maaf kerdo jaan choro!” was one of her statements from the story. She was greatly criticized for her choice of words and people paid no attention to the context of her post. The use of the swear word for the country infuriated people and they asked her to leave the country.

Umar Sayeed, the famous luxury designer made a mean comment to her post and said when people can’t get married even after making efforts, that’s what they say. This comment enraged Shah and she replied accused the designer of being gay and sleeping with men.