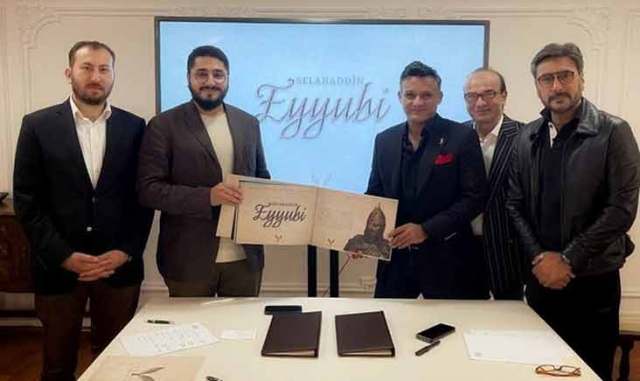 Another Turkish Hit in the Making!

After Dirilis: Ertugrul, the Turkish actors are back to create magic on Pakistani TV screens. Actor Adnan Siddiqui has spilled the beans on the new Pakistan-Turkish collaboration, saying that 75% cast of the series on Salahuddin Ayyubi will be Turkish. The show, comprising three seasons, will be going on the floor in March 2022.

Siddiqui who has helped in the agreement between Pakistan’s Ansari and Shah films and Turkey’s Akli Films has given a storyline background of the series saying that it focuses on the Quran, religion, and history. He added that the series preach how Quran can be used to govern empires by all religions.

Siddiqui mentioned that he hasn’t decided whether he wants to act in the show but if he wanted to, he would have to audition like everyone else as it is the necessary criteria. To reach a larger audience, the series will be dubbed in many prominent languages such as Urdu and Turkish.

Earlier, Siddiqui mentioned he and Humayun Saeed are executive producers of the forthcoming Tv series Turkey Lala in collaboration with the producers of Dirilis: Ertugrul.

Turkish series have always garnered traction among the Pakistani audience. Do you think the new Pak-Turk series will also succeed in making a mark?