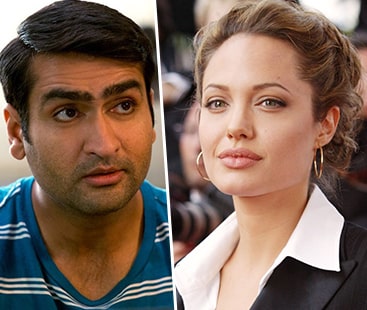 Actor-comedian Kumail Nanjiani is in talks to join Hollywood queen Angelina Jolie to star in Marvel Studios’ ‘The Eternals’.

The film will be directed by Chloe Zhao from a script by Matthew and Ryan Firpo. Marvel Studios chief Kevin Feige is producing the project.

According to sources, details about the movie and what characters Nanjiani and Jolie will play have not been revealed.

Created by Jack Kirby in 1976, the story of ‘The Eternals’ is set millions of years ago when the cosmic beings known as the Celestials genetically experimented on humans to create super-powered individuals known as the Eternals along with the villainous Deviants.

Priyanka and Nick to sue Ok! Magazine for ‘divorce’ rumors