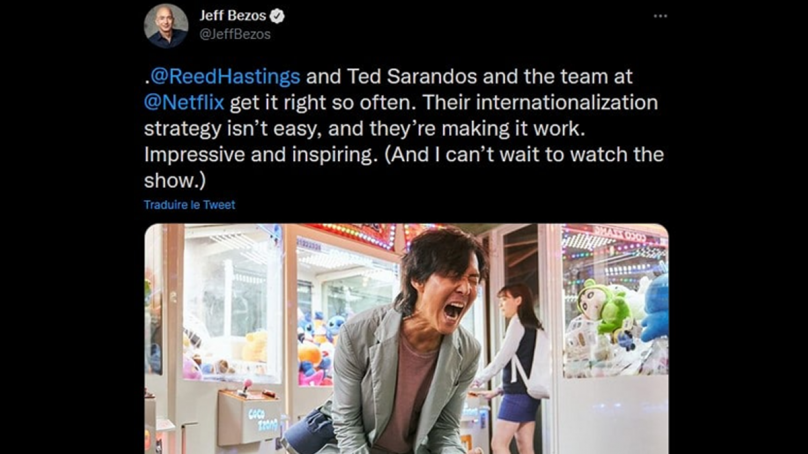 Real Life Version of ‘Squid Game’ in the Making?

Amazon founder and the world’s second-richest man, Jeff Bezos, is doing the rounds on social media as he lauded the latest Netflix hit from South Korea, Squid Game. As the tech mogul took to Twitter for his lavish praises on the show, netizens started trolling him for possibly thinking of creating a real-life adaptation of the show. Bezos, who is regarded as the capitalist villain for underpaying his employees, was mocked that he could be the creator of the show for playing the sadistic game.

The media proprietor is always in the news for the allegations of employee exploitation. Now, people have drawn similarity between him and the show villain saying that he Bezos plays the same game in the real life.

What are your thoughts on this? Have you watched ‘Squid Game’ yet?