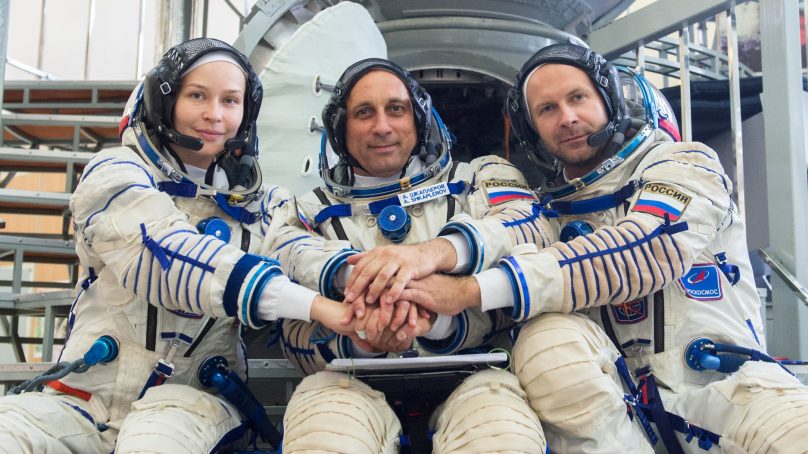 A Russian actress and a film director have returned to Earth after the completion of their 12-day filming on the International Space Station (ISS) for the first-ever movie shot in the orbit, The Challenge. The 37-year-old actress, Yulia Pereslid, landed on the Kazakhstan steppe in the Soyuz MS 18 spacecraft along with the director of the film, Klim Shipenko. Pereslid was selected from a list of 3,000 applicants who were to blast off to the space. Before the release of the film, the Russian film has already Hollywood in filmmaking on space.

The filmmakers blasted off to the space in Russia-leased Baikonur Cosmodrome in ex-Soviet Kazakhstan along with the veteran cosmonaut, Anton Shkaplerov. The movie is based on the story of a surgeon who goes off to the ISS to save a cosmonaut.

The actress admitted that she was sad to leave the ISS saying, “This is a one-time experience. It seemed that 12 days was a lot, but when it was all over, I didn’t want to leave.”

Staying on the same track, the project can beat Tom Cruise’s space movie which was last year announced by Nasa.

Are you looking forward to watching the film?