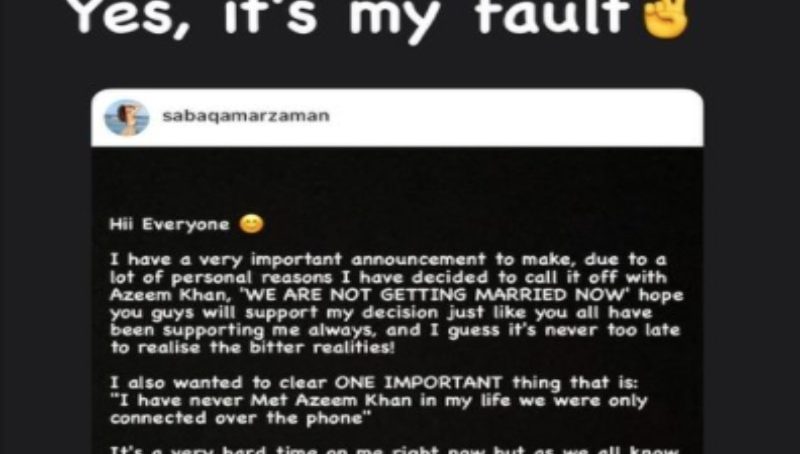 Saba Qamar left everyone surprised with a shocking revelation of her and her ex-fiance Azeem Khan’s separation. Qamar took her Instagram to announce that she is not getting married to Khan anymore due to personal reasons.

The Baaghi actress also mentioned that she had never met Khan in her life and they were only connected via phone. Qamar added that it is quite a hard time for her and she hopes everyone will support her decision.

Azeem Khan, the entrepreneur reacted to her post. He shared Qamar’s story and said that she hadn’t written his side of the story. He added, “Yes, it’s my fault.” With a victory emoji.

Earlier, the news of their engagement caught a lot of media attention. Ujala Ali Khan, a wardrobe stylist also accused Khan of sexual harassment which went quite viral but Khan brushed off all the allegations.

Usman Mukhtar ties a knot in a socially distanced event