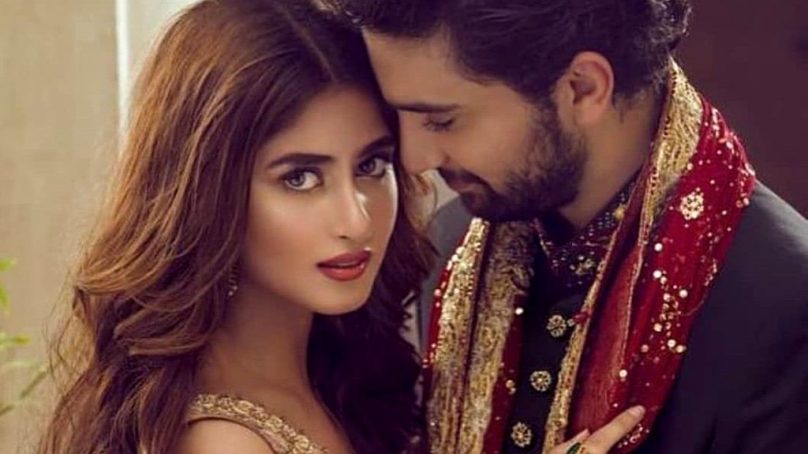 After ongoing rumors about their relationship, Ahad Raza and Sajal Aly have finally announced that they’re engaged.

Ahad broke the happy news on his Instagram last week with a picture of the two from their ceremony with a caption, “Here’s to new beginnings. Today we are happy to announce that with the blessings of our families we are officially engaged.”.

Here's to new beginnings. Today we are happy to announce that with the blessings of our families we are officially engaged. Our special day will be even more special with the love and prayers of our family, friends and fans. Ahad & Sajal

“Our special day will even be more special with the love and prayers of our family, friends and fans.”, the star further added.

Heartiest congrats Ahad, Sajal & families on the engagement. Stay blessed.
Millions of Pakistani viewers and your fans should be ready to see you on screen in a lifetime role for ISPR as Capt Saad during this August, IA.@ahadrazamir @Iamsajalali pic.twitter.com/fGwts12EsD

The lovebirds stole fans’ hearts in their onscreen chemistry in Pakistani drama Yakeen Ka Safar and Aangan. They will next star in Farhat Ishtiaq’s upcoming romantic thriller