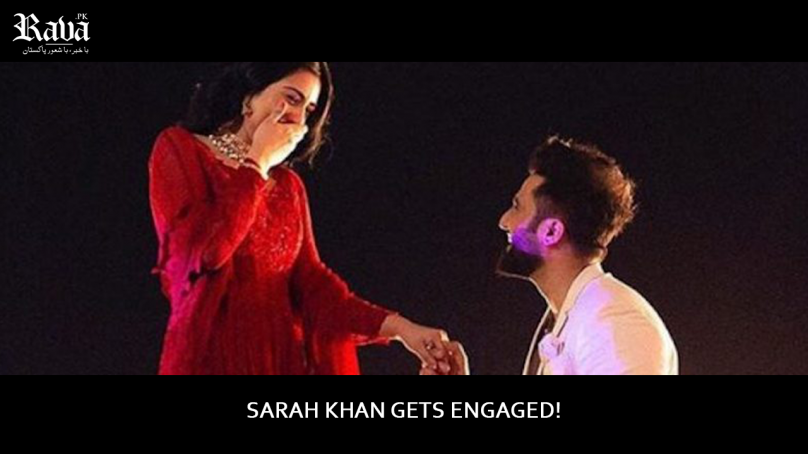 Sarah Khan, the popular Pakistani television starlet, took her fans by surprise by announcing that she had gotten engaged to renowned Punjabi singer Falak Shabir. 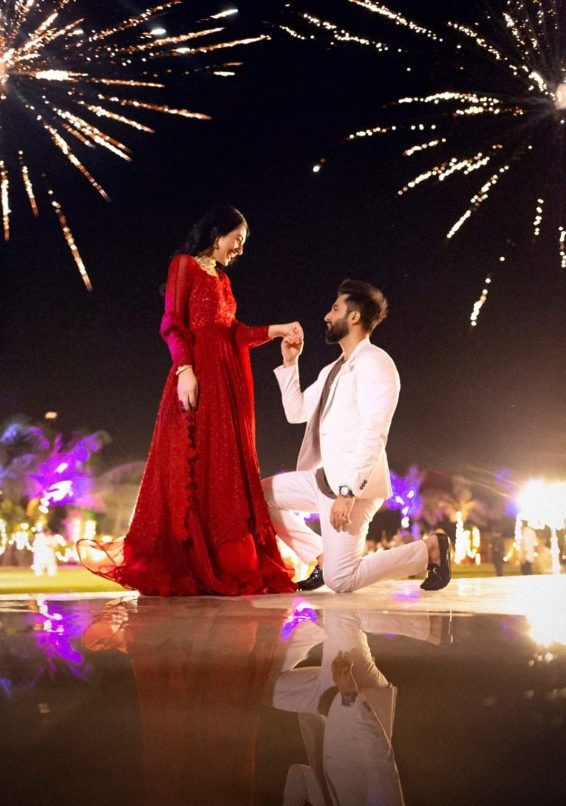 Sarah Khan took to her Instagram, posting a picture in a red dress captioned, “I said YES,” but did not share any further details about the engagement until a few minutes ago when videos from her engagement with Falak Shabir began to trend on social media. 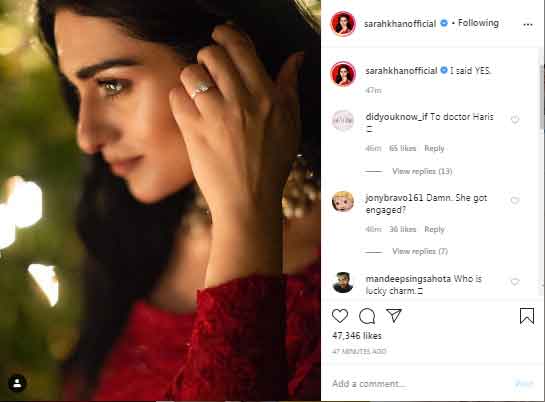 Shabir also revealed the big news on his Instagram account as he shared the same photo and tagged his better half.

Khan had previously teased her followers about her engagement by posting a photo in which she could be seen flaunting her elegant engagement ring. 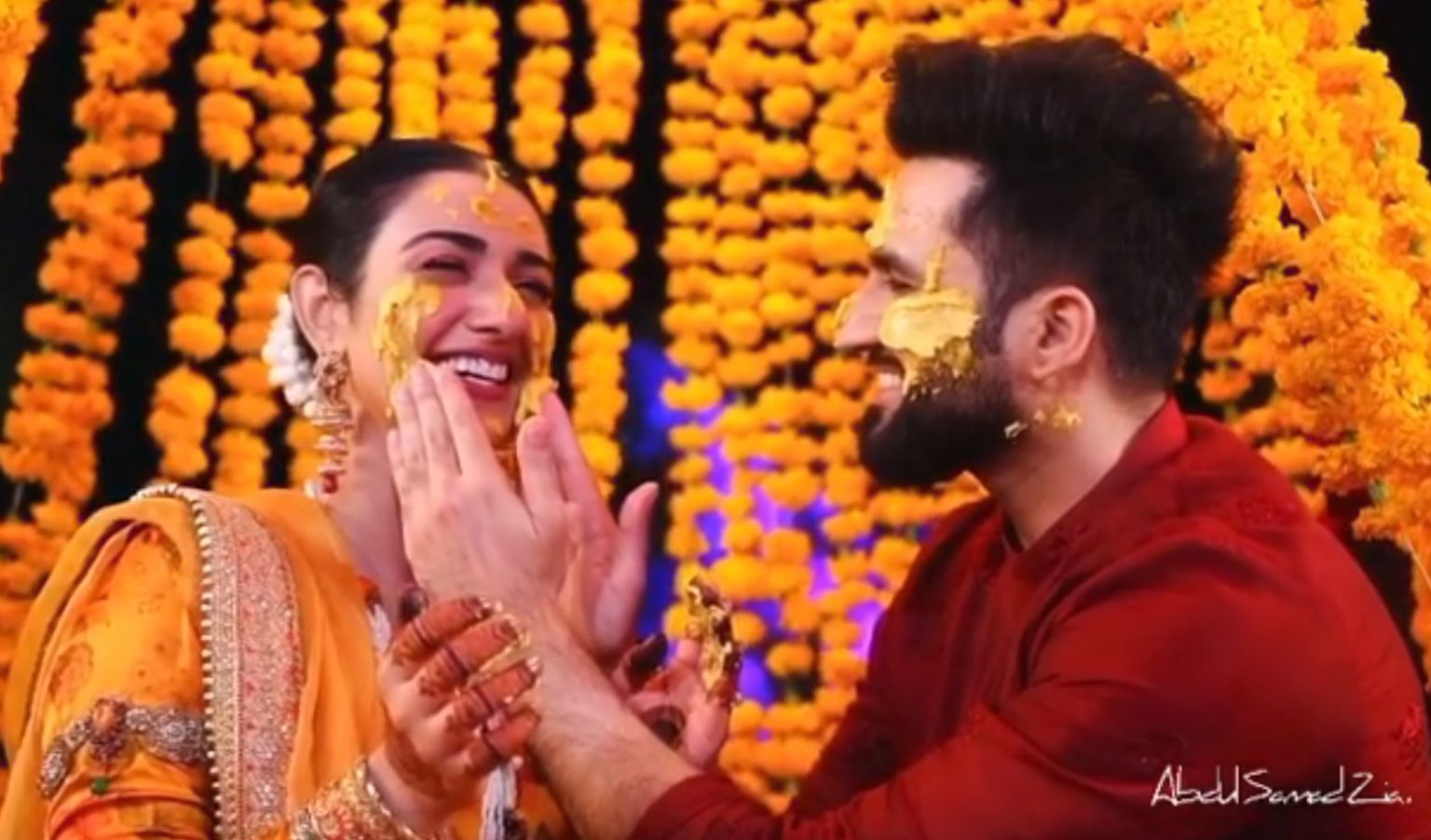 The Sabaat actress and her fiancé shared another photo of the engagement while tagging each other.

It didn’t stop there, however, as Falak went ahead and posted more pictures to his Instagram story showing Sarah Khan’s hand with henna saying “Falak ki Dulhan” along with another photo captioned “My Queen.” 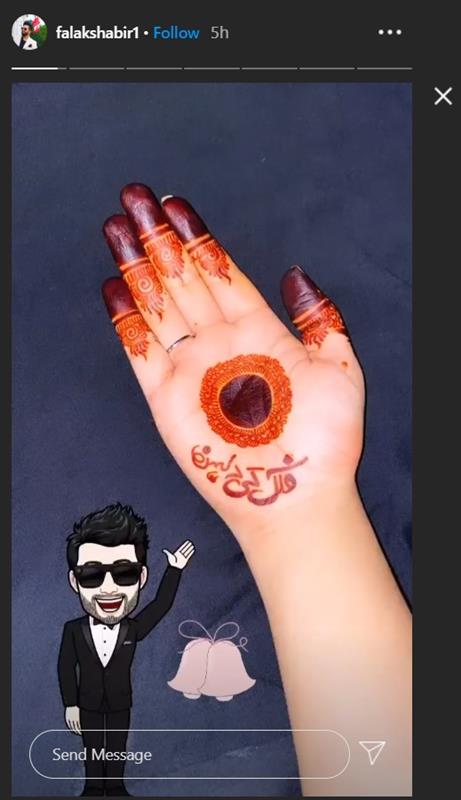 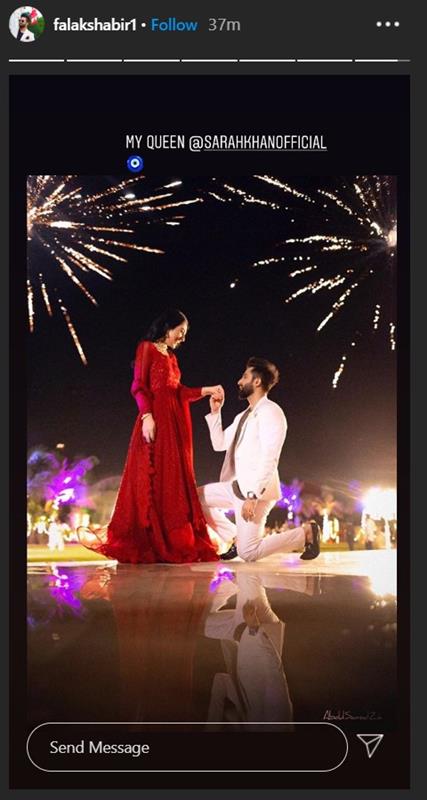 Another photo posted by the singer shows that the marriage is not far away as we can clearly see a decorated couch seen in marriage functions which has roses at the top, reading “Dulhaniya”. 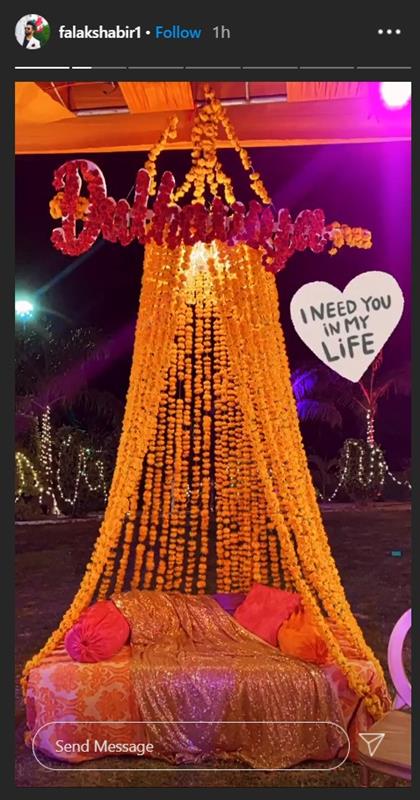 Everybody seems incredibly excited about the celebrity duo getting married as Twitter started trending with hashtags #SarahKhan and #FalakShabir, with people going gaga over the dreamy proposal and sharing their pictures and videos.

Sarah Khan, Falak Shabir, and Agha Ali Appear Together in a Show