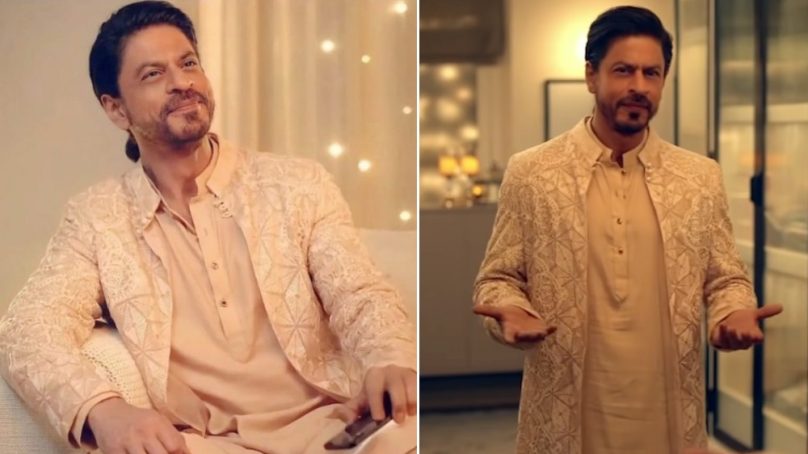 Bollywood superstar Shahrukh Khan was seen sporting a nice traditional look for his Diwali ad where he was wearing cream-colored kurta-pajama paired with sherwani by Pakistani designer Faraz Manan. The ad is aimed to promote local businesses. The designer who has designed dresses for Bollywood stars, Kareen Kapoor Khan, Jacqueline Fernandez, late Sri Devi, and Priyanka Chopra, shared the image of SRK from the ad with a caption “Yess. SRK in Faraz Manan”.

The fashion maestro holds a strong name among Bollywood actors. He started working with them in 2018 when he first worked with Karisma Kapoor. After a while, he organically connected with Kareena Kapoor and they bonded over food, culture, and values.