Subh-e-Pakistan is a Pakistani live morning show hosted by a research scholar Aamir Liaquat Hussain. It was first aired November 19, 2014 on Geo Entertainment. The show is preceded by morning show Utho Jago Pakistan, hosted by Shaista Wahidi which was banned due to act of blasphemy during the show. After being defunct for few months, the show was re-launched on December 7, 2015 under the title Subh-e-Pakistan Kahani Ke Sath on channel Geo kahani. 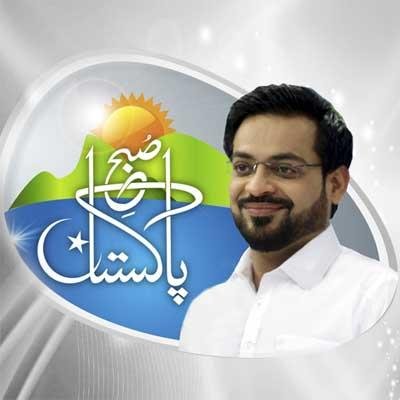