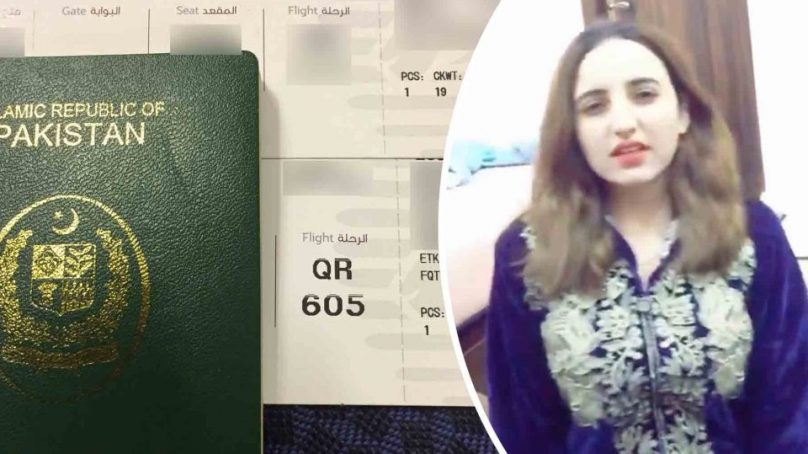 TikTok starlet Hareem Shah has revealed that she has applied for Canadian citizenship and has no plan to return to Pakistan.

Shah, who is currently in Baku city of Azerbaijan, said that there are many bogus accounts working in her name on social media websites including Facebook and Twitter and clarified that the genuine account she has is with handle of “Hareem Shah Official”.

“The information which is being spread through the fake accounts are not mine,” said Shah.

She further said, “This is totally baseless that I threatened Prime Minister Imran Khan”.

“I once smashed a TV set out of anger”, confesses Afridi