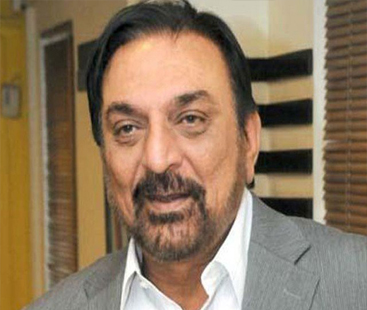 Renowned TV and film actor Abid Ali wpassed away  (Septmeber 5) due to liver disease in Karachi, confirmed by family sources.

The well-known actor had been in critical condition for a few days, Abid Ali was suffering from liver cancer when at the age of 67, he passed away in a private hospital.

His wife, Rabia Abid Ali, said that her husband Abid Ali lost the battle and left this world, “I urge everyone to pray for his forgiveness.”

Legendary actor was popular for his exceptional performance in ‘Tootay Hua Taaray’ starring along Noman Ijaz.

He made his debut as a director and producer with 1993-hit drama ‘Dasht’, which also the first private production for the country whereas he also directed ‘Doosra Aasman’, in the same year which was first drama shot internationally, followed by various works for many channels.

It is pertinent here that few days ago on the false news about his death, his daughters, Iman Ali and Rahma Ali, slammed the internet for spreading fake news about the demise of their father after he was hospitalized due to deteriorating health condition

On September 3, Renowned TV and film actor Abid Ali was hospitalized due to deteriorating health condition owing to liver disease whereas doctors have announced that his disease is already in its terminal stage.

His eldest daughter who is a top model and actress daughter Iman Ali has also appealed to the fans and the whole country to pray for his quick recovery. Abid Ali is undergoing a treatment at a private hospital in Karachi.

Actors started a campaign on social media to pray for his early recovery, many famous actors came forward for the moral support of the actor and his family.

Abid Ali, the prestigious award-winning actor who touched the heights of fame in television, was born in 1952 in Quetta. He is 67 years old and have three daughters including model/actor Iman Ali and singer Rahma Ali.