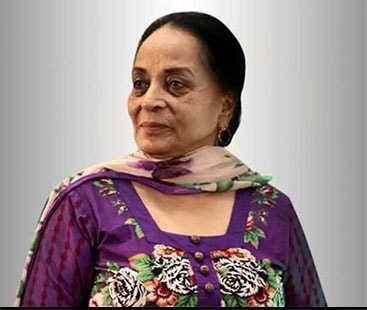 Pakistani veteran actress Zaheen Tahira on Tuesday has passed away in Karachi.

According to details, the actress was suffering from heart disease and was out on ventilator at Agha Khan Hospital. Family sources told that the actress was in hospital for the past two weeks.

orn in 1935, Zaheen Tahira has won the hearts of millions of people with her versatile acting. She has performed in more than 700 dramas since 1960, however, her famous drama was ‘Khuda Ki Basti’.

Tahira was also honoured with the Tamgha-e-Imtiaz in 2013 by then-president Asif Ali Zardari for her amazing work in the Pakistani showbiz industry.